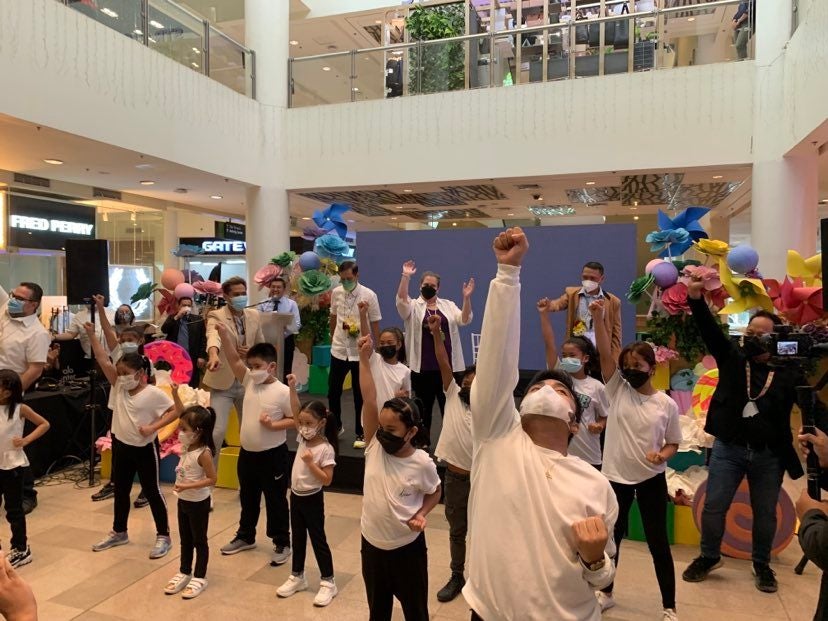 Officials from the Cebu City Government, Department of Health, Department of Education, and USAID dance with children during the ceremonial launching of the BidaKid campaign at the Ayala Center Cebu on Tuesday, March 8, 2022. The campaign aims to promote safe return of in-person classes in the country. CDN Digital photo | Morexette Marie Erram

CEBU CITY, Philippines—Local government officials here have partnered with the U.S. government to promote the return of safe in-person classes.

The BidaKid campaign kicked off on Tuesday, March 8, 2022, at the Ayala Center Cebu. The initiative was supported by the United States Agency for International Development (USAID).

“It’s an initiative supported by USAID to help children, along with the vaccinations, get back to school, and face-to-face learning in a safe way,” Variava told reporters in a brief interview.

Variava, together with local officials, visited the city’s vaccination site dedicated to children five to 11 years old housed within the mall.

“We all need to work together for vaccination, for safe practices, and to help to try to return our schools and economy to normal,” she added.

Aside from supporting the city’s pediatric vaccination drive and preparations for face-to-face classes, Variava also bared other contributions they made.

This included training over 200 barangay health workers for ‘risk communications and community engagements’ during the height of the COVID-19 pandemic.

“I’m proud to report of our joint efforts to disseminate accurate prevention and treatment vaccination messages to 1 million Cebuanos,” she said.

Vaccinating children aged 5 to 17 years old has been one of the primary factors being considered for the resumption of face-to-face classes in Cebu City.

Based on latest data from local authorities, over 60,000 children in the city aged 5 to 17 years old have been jabbed with COVID-19 vaccines.