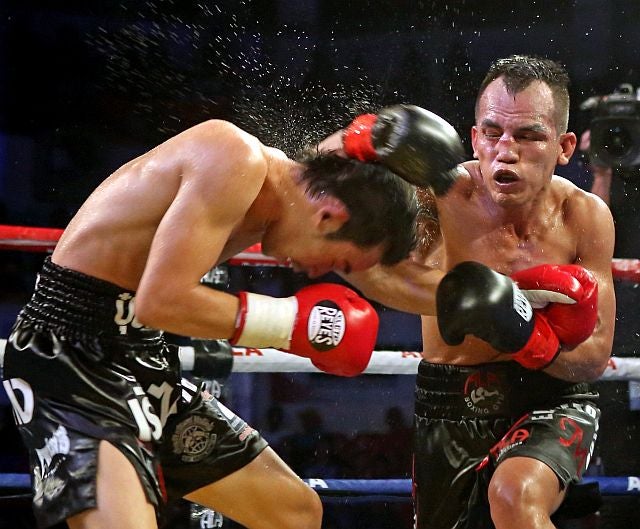 The 34-year old Melindo is set to face Macrea “Barbed Wire” Gandionco in a non-title bout on April 2, 2022 in Zamboanga City.

Melindo is a former ALA Boxing Gym stalwart who is now fighting under the banner of Go for Gold Zamboanga Valientes MLV.

During the height of his boxing career, Melindo headlined numerous fight cards under ALA Promotions. He is best known for his ‘methodical’ boxing style that is likened to unbeaten American champion Floyd Mayweather.

In numerous videos uploaded on social media, Melindo was seen sparring with younger boxers to prepare for the bout.

Melindo reached the pinnacle of his boxing career when he became a world champion in May 2017, knocking out Japanese Akira Yaegashi for the IBF world light flyweight title.

However, in the same year, Melindo lost the title to WBA world light flyweight champion Ryoichi Taguchi in a unification bout held in Japan.

After losing to Taguchi, Melindo suffered two more losses. He fought Kenshiro Teraji for the WBC world light flyweight title but came up short, losing via a seventh round TKO in Japan in 2018.

Melindo went on losing again to another Japanese, Junto Nakatani in a non-title bout in 2019, which was his last bout before this April’s return.

Melindo has a record of 37 wins (13 by knockouts) and five defeats.

Meanwhile, Gandionco has a record of 13-11-3 (win-loss-draw) with eight knockout wins.

Like Melindo, Gandionco is looking to end his four-fight losing streak since 2019.

The last time he won a bout was against John Rey Lauza in 2019 in Cagayan de Oro City.