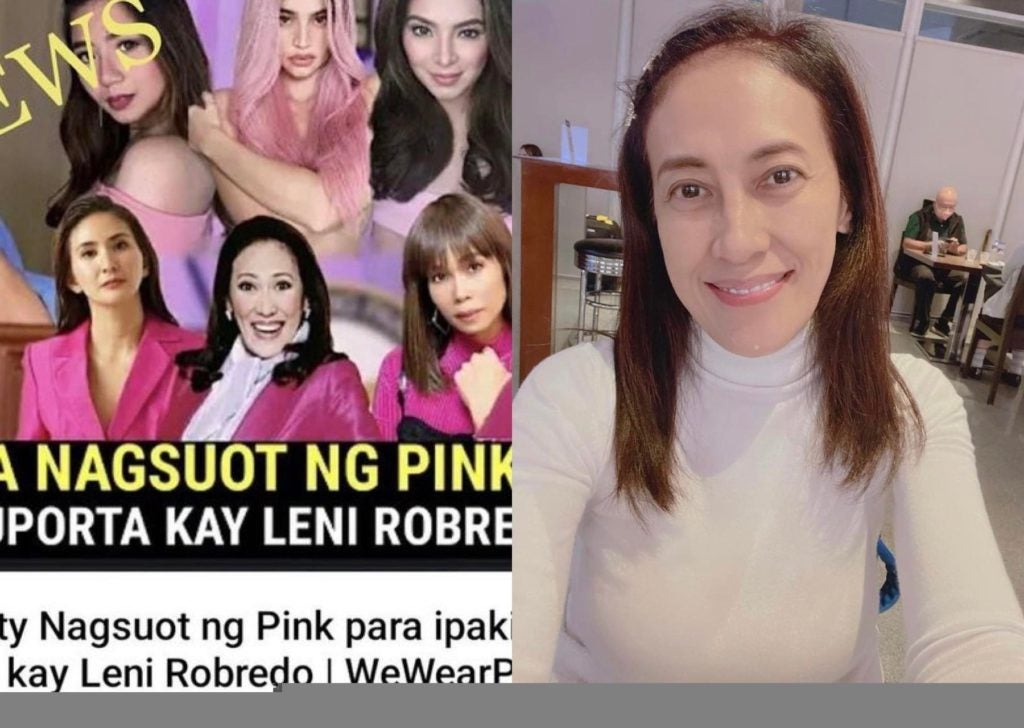 CEBU, Philippines—Comedy Queen Ai-ai Delas Alas took to Instagram on Thursday, March 10, to clarify a photo circulating on social media of her wearing a pink suit and tagging her as a supporter of presidential aspirant Leni Robredo. 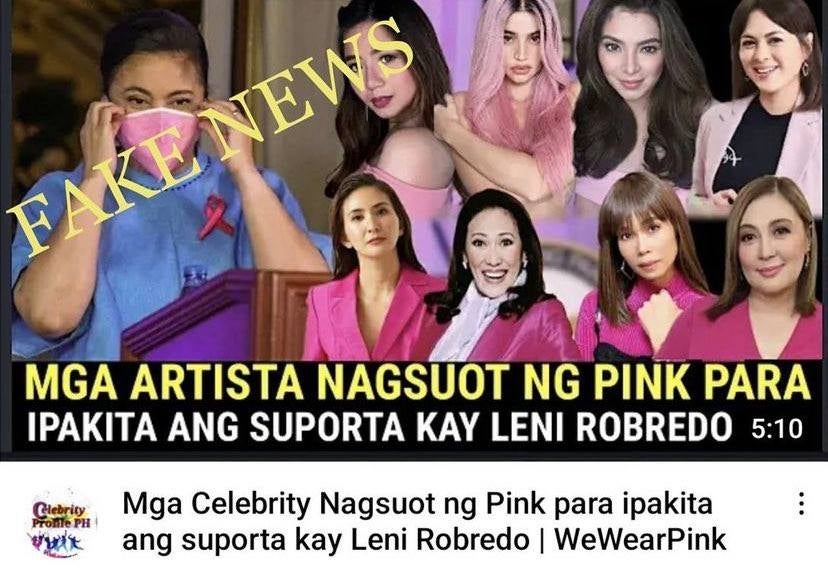 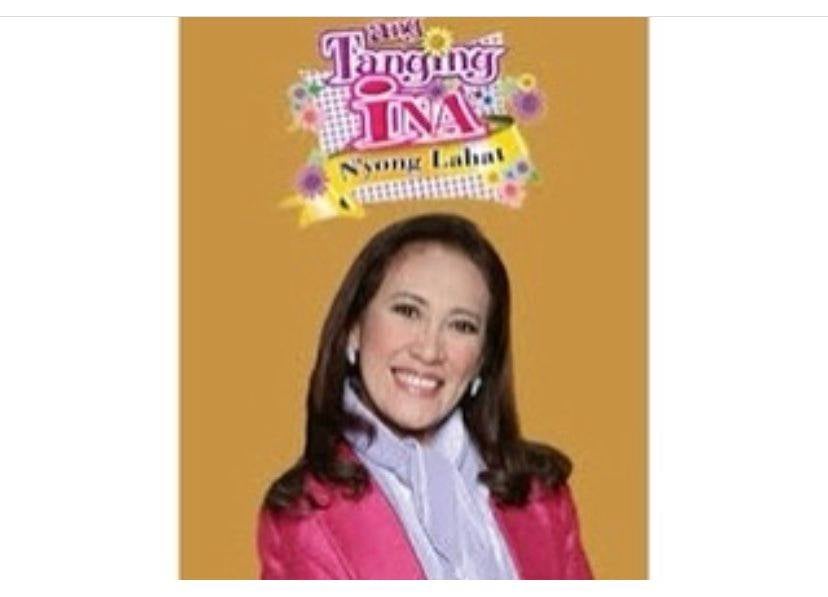 She clarified that she is not a supporter of Robredo.

She explained that the photo was taken for a poster of her “Ang  Tanging Ina” film last 2013 where she can be seen wearing a pink blazer.

She shared a screenshot of  a Youtube video’s thumbnail  with her face edited among the faces of other local celebrities who are supporters of Robredo. All are wearing pink clothes.

Pink is the campaign color for the presidential aspirant.   /rcg

‘Dilawan’ no more? Robredo turns to pink — the color of protest, activism