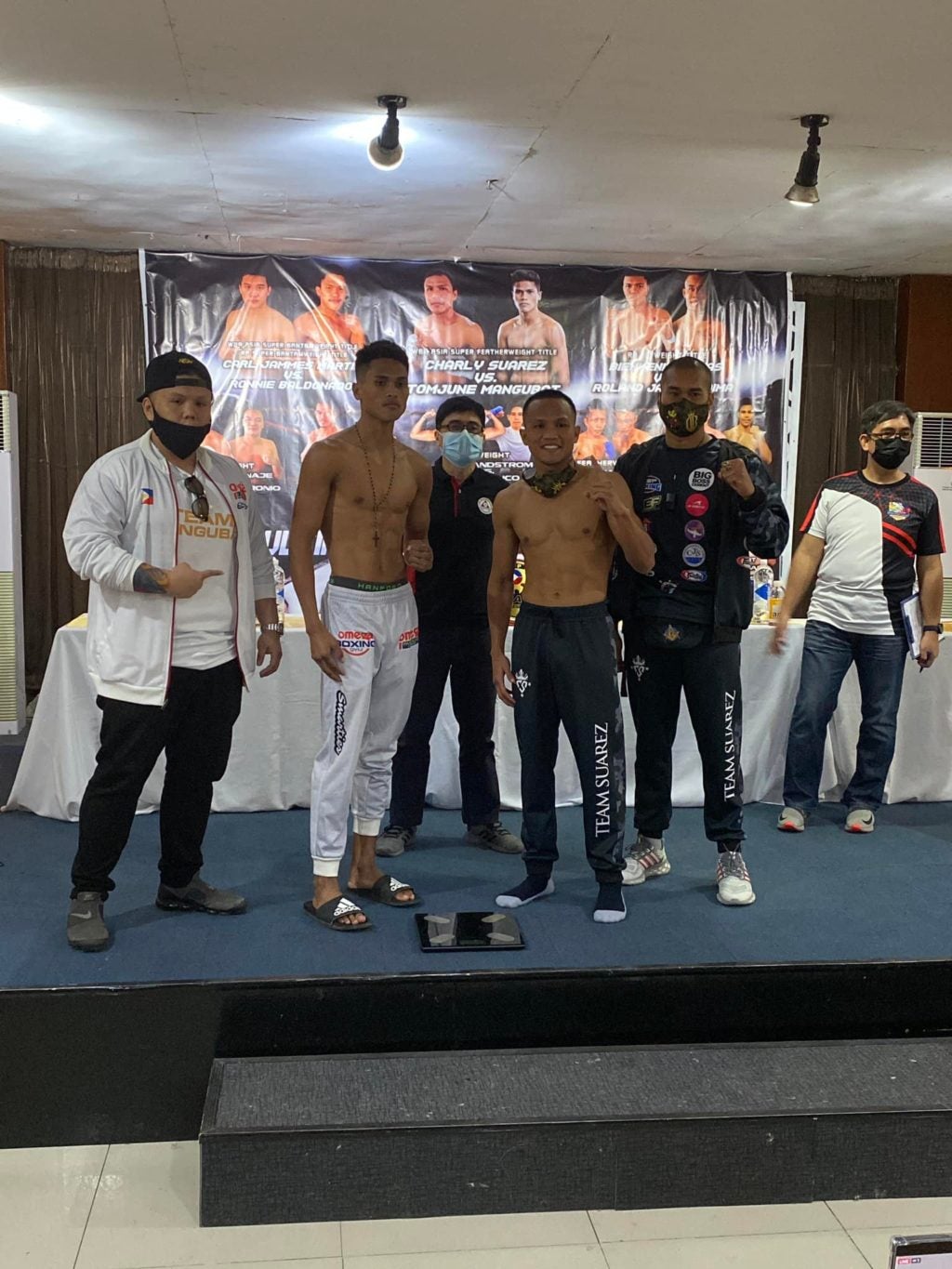 The two protagonists passed the official weigh-in on Friday, March 11 with Mangubat weighing in at 129 pounds and Suarez tipping the scales at 128lbs.

Suarez and Mangubat are scheduled to fight for 12 rounds in the main event of the fight card that features 15 bouts.

The fight was originally scheduled last March 5 but was moved to March 12 after the 24-year old Mangubat of Manolo Fortich, Bukidnon suffered a minor injury during training.

In addition, the bout was initially scheduled for ten rounds, but Omega Boxing Gym requested the WBA to make it to a full 12-rounder since a regional title is at stake.

It will be the first 12-round fight for both boxers.

Mangubat will try to improve his record of 15 wins with 12 knockouts along with two defeats and one draw. He is expected to exploit his height advantage against the shorter Suarez.

Meanwhile, the 33-year old Suarez is unbeaten in nine pro fights with six knockouts. Suarez is an Olympian who campaigned for the Philippines in the Rio Olympics in 2016 and is a three-time gold medalist in the Southeast Asian Games.

Both boxers have something to prove in their much-awaited showdown with Mangubat trying to win a major title after a series of setbacks. He fought for two regional titles in 2019, but came up short in both instances.

He fought and lost via technical knockout against Arnel Baconaje for the World Boxing Council (WBC) Asian Boxing Council silver featherweight title in Mandaue City in 2019.

On the other hand, Suarez’s professional mettle will be tested as Mangubat will be his toughest opponent to date. /rcg