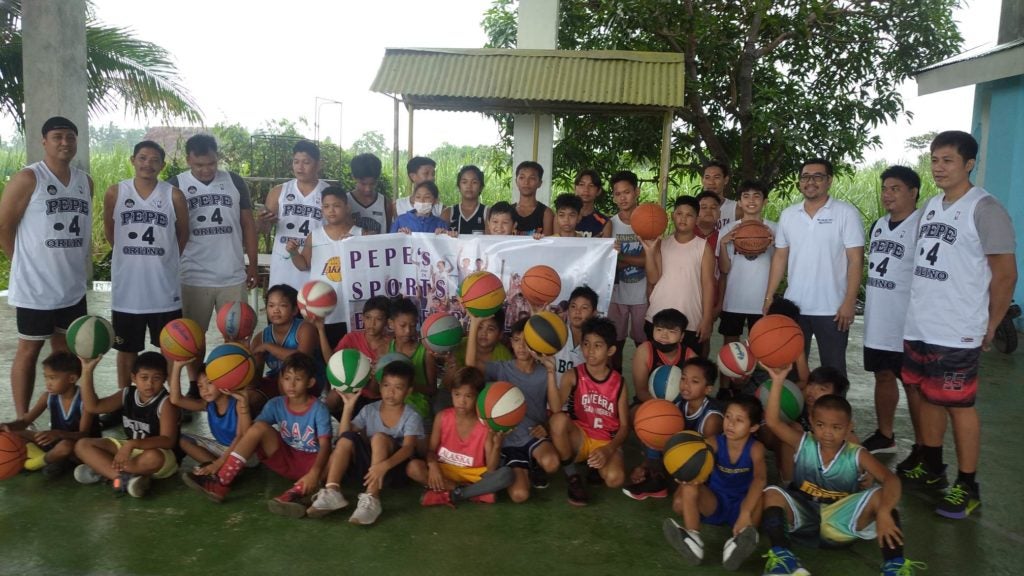 CEBU CITY, Philippines — After back-to-back restrictions due to the COVID-19 pandemic, young aspiring basketball enthusiasts of Tanjay City have something to look forward to after the Pepe’s Sports Basketball Clinic finally got underway at the Sta. Cruz Gymnasium last February 27 in Tanjay City, Negros Oriental.

The free basketball clinic, which is being spearheaded by former Tanjay City Vice Mayor Pepe Orlino, is open to kids 6 to 15 years old in the 24 barangays of Tanjay City and will be conducted every Sunday of the week.

The opening salvo of the event, which was supposed to be launched two years ago but was sidelined due to the COVID-19 pandemic, drew a total 100 participants from around Barangay Sta. Cruz.

The next leg last March 6 was held at the Manipis Gym and drew around 70 participants with the next leg scheduled this Sunday at the San Isidro basketball court.

“Kini nga free basketball clinic was supposed to be launched last 2020 but due to the pandemic we have to wait for the situation to become better. This is aimed at developing the talents of the kids in Tanjay City,” said Orlino, who is also a basketball enthusiast.

He also added that the program, which will run year-round around the barangays of Tanjay City, will be conducted by former members of Team Tanjay Basketball, spearheaded by former University of Southern Philippines Foundation (USP-F) Panthers stalwart Chippy “Olsen” Rosales in the then-Cebu Amateur Athletic Association (CAAA) league in Cebu City.

According to Rosales after they complete the once-a-week training in every barangay, they will revisit them in the year-round program so that they can track their development.

He also added that they intend to continue this program next year for another round with the help of their main sponsor Orlino. / rcg from PR