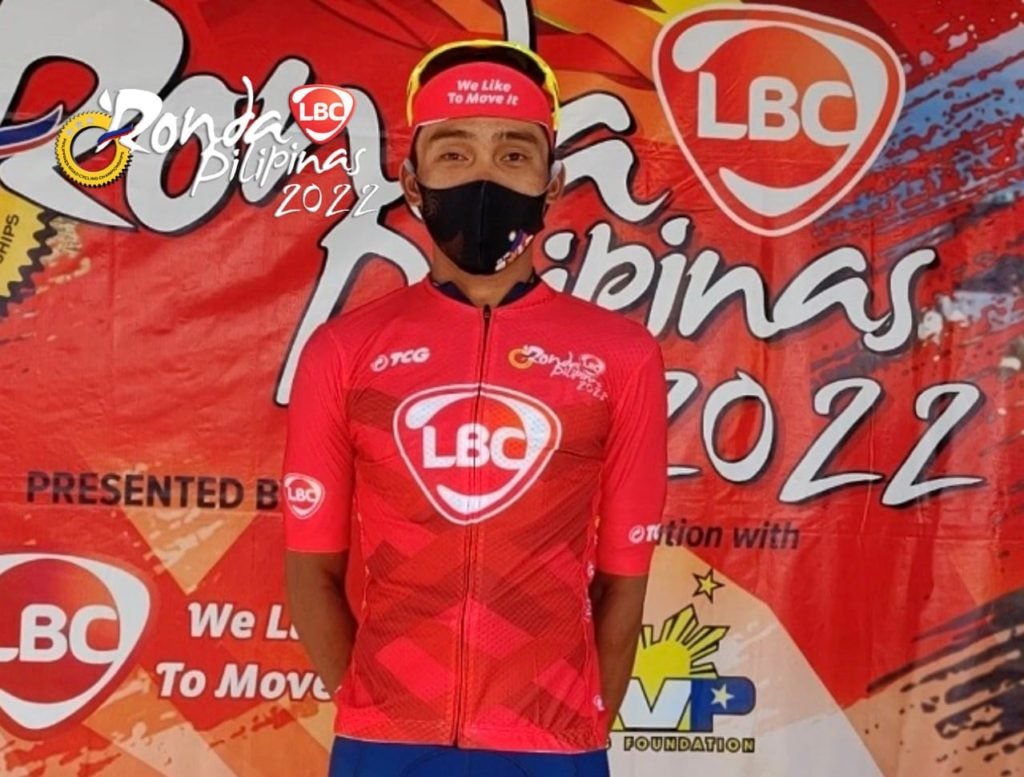 The 26-year-old Carcueva, of Minglanilla town, south Cebu finished stage five at seventh place with five hours, 17 minutes and 49 seconds after the grueling and longest stage of the race that covered 212.5-kilometers.

Meanwhile, Joshua Mari Bonifacio of Excellent Noodles ruled stage five at 5:15.59 followed by Philippine Navy Standard Insurance’s El Joshua Carino at second with 5:16.06 while Go For Gold’s Ronnilan Quita at third with the time of 5:17.51.

Carcueva tallied a total time of 15:02:52 to lead the individual rankings after five stages and dislodged erstwhile leader Jan Paul Morales of Excellent Noodles who is now at second with the time of 15:04:09 while the latter’s teammate Mervin Corpuz is at third with 15:04:29.

Carcueva leaped from sixth place after stage four on Sunday to the top of the individual rankings after the race today.

His teammate Daniel Ven Carino (15:04.44) is at the number four spot while John Mark Camingao (15:05.12) of Navy Standard Insurance is at number five.

On the other hand, Go For Gold’s Dominic Perez is the sprint jersey king with ten points in hand while the “King of the Mountain” is Oranza with six points.

More than a hundred cyclists from 13 teams are currently vying for supremacy and for the whopping P3.5-million cash pot and P1-million champion’s purse. There are ten stages set in this race organized by LBC Express, Inc.