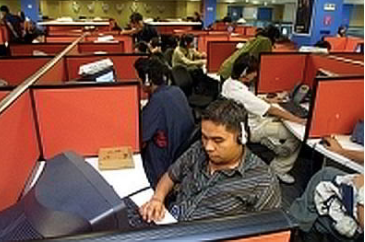 MANILA, Philippines — While refusing to work on-site is not a ground for termination, workers in business process outsourcing (BPO) companies may still be fired from their jobs “in the long run” for insubordination,  an official of the Department of Labor and Employment (DOLE) said Thursday.

Labor Undersecretary Benjo Benavidez, in an interview over ANC’s Headstart, explained that the decision to work from home is still left on the employer.

“No, let me again stress this, the decision to work from home is left on the employer. Sila po ang magde-decide niyan (They will decide on that matter),” Benavidez initially said when asked if refusal to return to work is a ground for termination.

Benavidez stressed  that refusal  to return to work on-site is “not an automatic ground for termination.”

“That single act alone won’t cause his employment, but in the long run, it may, because we have so called ‘insubordination,” he pointed  out.

Government guidelines placed earlier in the pandemic allowed the BPO industry, the largest employer in the private sector, to keep its tax breaks even with 90 percent of its employees working from home.

The Fiscal Incentives Review Board had said it would only allow this setup until the end of March despite several pleas from the Philippine Economic Zone Authority and the industry to extend this until September.

Peza tells BPOs: Return to your offices while we pursue WFH appeal