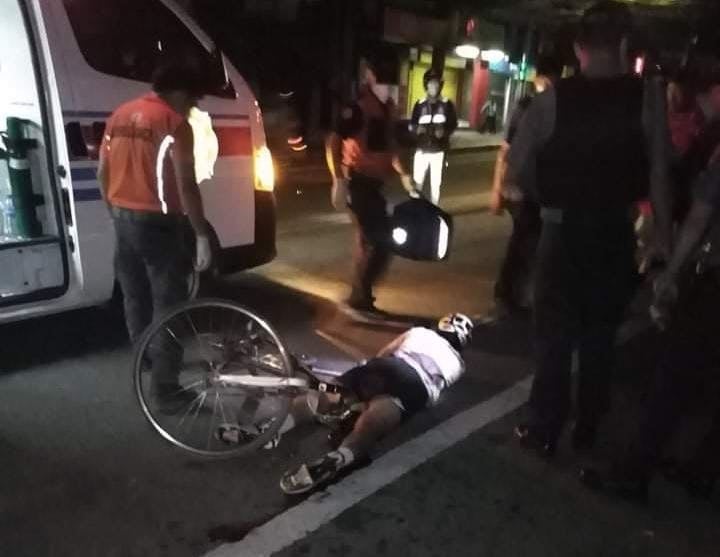 A cyclist lays on the ground after he was shot by a still unidentified suspect along General Maxilom Avenue in Barangay Cogon Ramos, Cebu City on Wednesday night, March 16, 2022. | contributed photo via Paul Lauro

In a sketchy police report, police said they are still working to determine the identity of the suspect who shot a cyclist cruising along General Maxilom Avenue, also known as Mango Avenue, at 11:55 p.m.

The cyclist was identified as 31-year-old John Rey Jaca from Barangay Labangon.

Jaca sustained gunshot wounds in his belly and thigh, according to the police report. He was immediately rushed to a local hospital and is reportedly in stable condition.

The report said that a witness saw the suspect disembark from a white sports utility vehicle and fired at the victim. After the shooting, the suspect reportedly returned to his vehicle and fled.

The motive remains unknown as of this posting

Operatives were able to recover two  cartridges of a .45 caliber firearm from the scene.