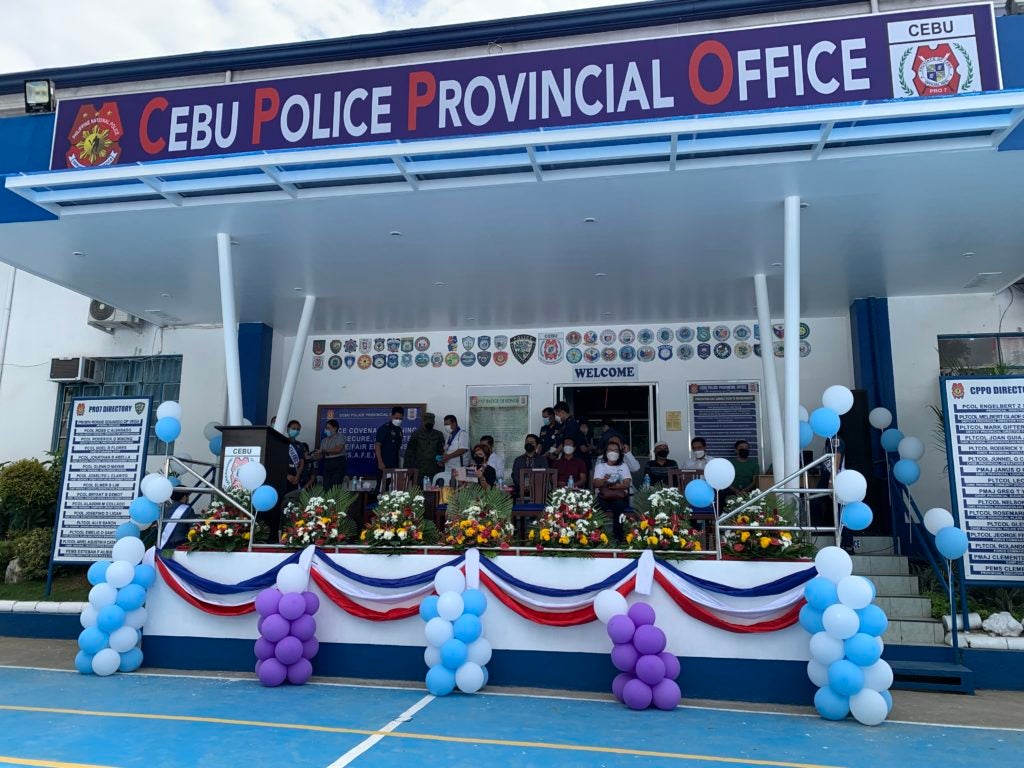 Police, representatives of the Department of Interior and Local Government (DILG), Armed Forces of the Philippines, and the candidates for provincial electoral posts participated in the peace covenant signing on Tuesday, March 22, 2022, at the Cebu Police Provincial Office (CPPO) grounds. | Pegeen Maisie Sararaña

The signing was led by Police Colonel Engelbert Soriano, director of CPPO, who earlier said that the purpose of this activity is to let the public know about the commitment of the candidates and the law enforcers in keeping the election period peaceful.

Present during the signing were representatives from the Department of Interior Local government (DILG), Philippine National Police (PNP), Commission on Elections (COMELEC), and Armed Forces of the Philippines (AFP).

During his opening speech, Soriano said that as law enforcers, they will commit their best to make sure that Cebuanos will exercise their political freedom to choose a leader this May 2022.

He added that they also commit a ‘level playing field’ to all the candidates, regardless of what political party they belong to.

“We will cut through the lines that separate what is legal and what it’s not. We will endeavour to deliver the people to making that choice free of violence of intimidation,” Soriano said.

“This peace covenant signing may seem ceremonial, it may even appear hypocritical to some, but to the simple living Sugbuanon, it’s shows them your commission to peace, respect their freedom of choice,and a manifestation of our burning desire to respect the mandate of the people,” he added

Among those who were present during the ceremony were gubernatorial candidates in Cebu Province, incumbent Governor Gwendolyn Garcia and former Tourism secretary Ace Durano.

Both were given time to speak on their promise for a peaceful election.

He added, should this simple agreement fail, their mission for a peaceful election will be hard to attain.

For her part, Garcia said the ceremony is ‘one brief shining moment’ in what could be a ‘noisy and chaotic’ elections.

Despite the downsides of having ‘divisive elections’, Garcia said that it will still be up to the candidates if they can extend their ‘brief shining moment’ that they witnessed during the signing of their commitment.

READ: Cebu City police: ‘We must all help and work together for peaceful elections’