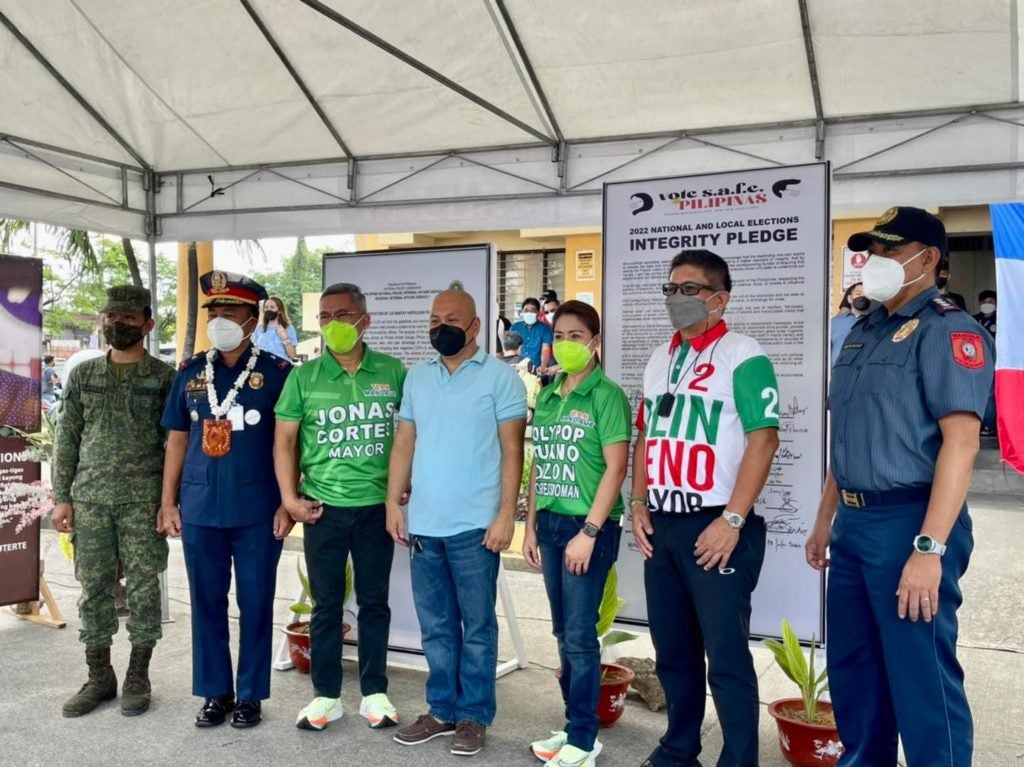 Mandaue City candidates in the May 2022 elections signed a covenant this Tuesday morning, March 22, to ensure the conduct of a Secure, Accurate, Free/Fair Election (SAFE). | Photos courtesy of Inday Nerry Soon-Ruiz

MANDAUE CITY, Cebu—Mandaue City candidates in the May 2022 elections have signed a covenant on Tuesday morning, March 22, 2022, to ensure the conduct of a secure, accurate, free/fair election (SAFE).

The program started with a mass at the National Shrine of St. Joseph, followed by a parade to the Commission on Election (Comelec) Mandaue Office, where the signing was conducted.

Lawyer Michael Angelo Sarno, Comelec-Mandaue election officer, said the covenant signing was organized to make sure that the upcoming election will be peaceful, orderly, and credible.

Sarno said that so far as per observation and based on the Philippine National Police (PNP), there is no tension in the political scene in Mandaue City.

Sarno said they continue to prepare for the May 9 elections, with court clerks have already undergone training.

He said they will also conduct training for around 900 electoral boards soon.

Cebu City police: ‘We must all help and work together for peaceful elections’