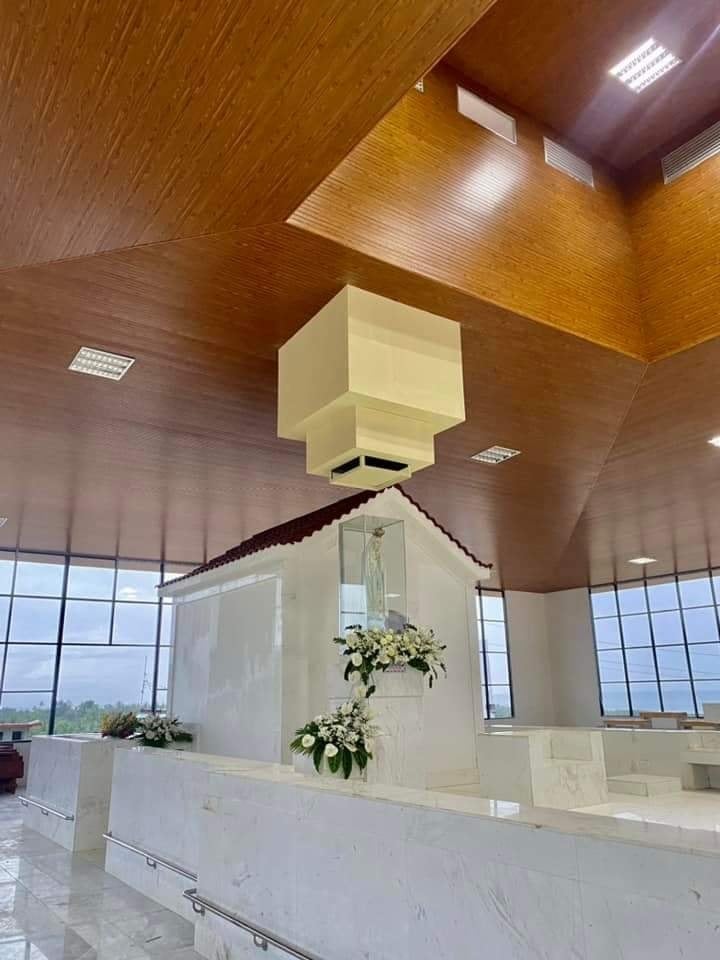 The Archdiocese of Cebu on Wednesday, March 23, 2022, bared their plans, including a lineup of religious activities, in line with the blessing and consecration of the Capelinha de Fatima replica in San Remigio, which is slated this April 4.

Pilgrims will be allowed to enter and visit the new pilgrimage site on April 3.

“We are most eager and we look forward to April 3 and April 4. Knowing that this is a blessing and a very special blessing to us in Cebu,” said Cebu Archbishop Jose Palma.

The Capelinha replica, which is situated in Barangay Lambusan, will serve not only as the first of its kind in the Philippines but also in Asia.

It will also be the fourth replica in the world. The other three are located in New Jersey in the United States, Puerto Rico, and Brazil.

The church and devotees altogether pooled funds amounting to P35 million for its construction, which began last October 2020, said Msgr. Ruben Labajo, vicar general of the Archdiocese and project manager of the Capelinha.

Meanwhile, the Archdiocese has also started planning safety and security measures needed for the scheduled blessing and consecration of the Capelinha in San Remigio.

Labajo said they are anticipating between 3,000 to 6,000 people, including church leaders, to join in the upcoming event.

“The pilgrimage site itself can accommodate more than 6,000 people. It’s a really big area and a lot of open space but with the recommendation from the IATF (Inter-Agency Task Force) of San Remigio, we cap the maximum at 6,000,” he said.

Minimum health standards such as observing social distancing and wearing face masks will also be implemented. However, the church will not require vaccination cards as a requirement upon entry.

Fr. Mhar Balili, secretary-general of the 500 Years of Christianity (YOC),  said police officers from San Remigio, and nearby towns such as Tuburan, will also help in enforcing peace and order.