Tapales set for tune-up bout on May 14

Opponent to be determined 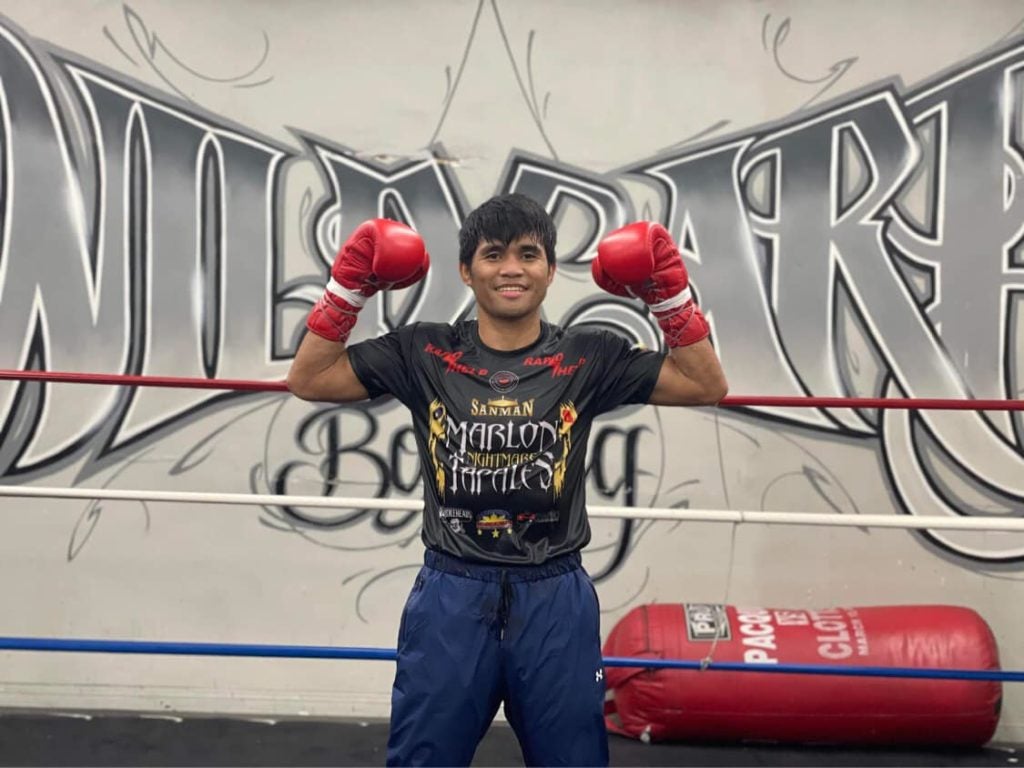 CEBU CITY, Philippines—Former world champion Marlon “Nightmare” Tapales is gearing up for a tune-up bout on May 14, 2022 in Los Angeles, California.

Sanman Boxing announced Tapales’s upcoming fight through a Facebook post, but it didn’t state who the former world champion will be facing.

However, it is clear that Tapales will be facing World Boxing Association (WBA) and International Boxing Federation (IBF) world super bantamweight champion Murodjon Akhmadaliev of Uzbekistan later this year, as per Sanman Boxing’s Facebook post.

Tapales, the mandatory challenger of Akhmadaliev’s IBF title, was supposedly going to fight the latter this year, after the IBF ordered a mandatory title fight in January. But this was later shelved.

Instead, the WBA ordered a mandatory title fight for Akhmadaliev’s WBA title against top contender Ronny Rios of the United States, but until now, there’s still no definite date or venue for the fight.

Rios and Akhmadaliev were supposedly scheduled to fight in November last year, but the former tested positive for Covid-19.

Tapales ascended to the top of the rankings after his stunning knockout victory against Japanese Hiroaki Teshigawara in the second round in their world title eliminator bout last December in Carson City, California.

Tapales, the former stalwart of Rex Wakee Salud (RWS) Boxing Stable in Cebu, knocked out the heavily favored Teshigawara in the second round of their 12-rounder world title eliminator.

It improved Tapales’s record to 35 wins, 18 by knockouts, and three losses.

If Tapales puts up an impressive performance for his May 14 tune-up bout, he will improve his chances to face Akhmadaliev.

The 27-year old Uzbek, an Olympian, is undefeated at 10 wins (7 knockouts). He unified the WBA and IBF titles by escaping Daniel Roman via split decision in 2020 in Miami. After that, Akhmadaliev went on defending the title twice by knocking out Ryosuka Iwasa in April 2021 and defeating Jose Velasquez via unanimous decision in November 2021.