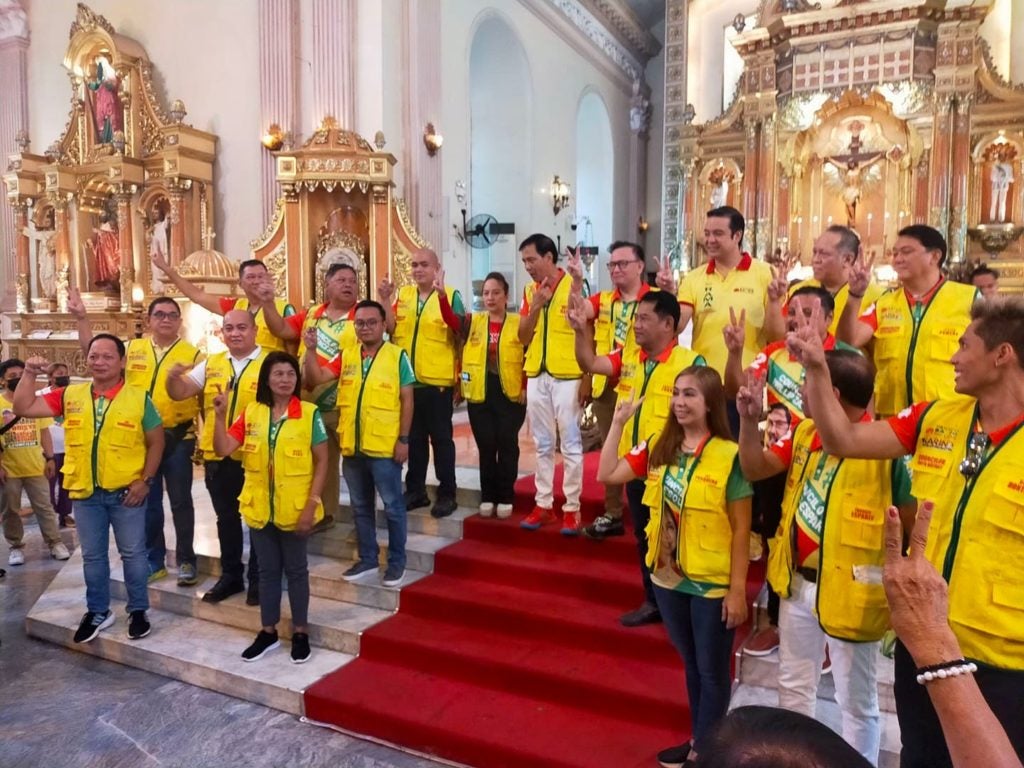 CEBU CITY, Philippines — Cebu City’s administration party, Barug PDP Laban, kicked off their campaign with a foot parade around the downtown center of the city.

Mayor Michael Rama, the standard bearer of the party, and his vice mayoral candidate, Councilor Raymond Garcia, led the full slate during the kick-off.

The party attended a Holy Mass at the Cebu Metropolitan Cathedral, following the election tradition of Partido Barug.

Rama and Garcia were joined by Congressional candidates, Eduardo Rama, Jr. for the South District, and Prisca Niña Mabatid for the North District.

Along with them were councilorial candidates for both North and South Districts.

MARINO Partylist, with its third nominee, Lawyer Colin Rosell, also kicked off his campaign together with Barug as its ally partylist.

Rama said in an interview after the Mass that he hoped for a peaceful and safe campaign this year since the official campaign period had begun.

As the incumbent mayor, he also urged the candidates to maintain the health protocols when conducting their campaign.

“Let us follow the rules and the law and let God do the rest,” said the mayor.

Supporters of Barug flocked the Cathedral grounds during the campaign launch and lined the streets towards city hall.

The candidates conducted a foot parade to city hall then proceeded to Barangay Ermita for a boodle fight, signifying unity in their team.

The launch was led by its chairman, Floro Casas, Jr., and its president, Jose Daluz III.

Panaghiusa is endorsing the full slate of Barug-PDP Laban including Rama and Garcia as mayor and vice mayor respectively.

Cebu Province bets gear up for start of local campaigns

Read Next
One Cebu kicks off campaign in Barili