Hair loss: Women speak of the pain of going bald 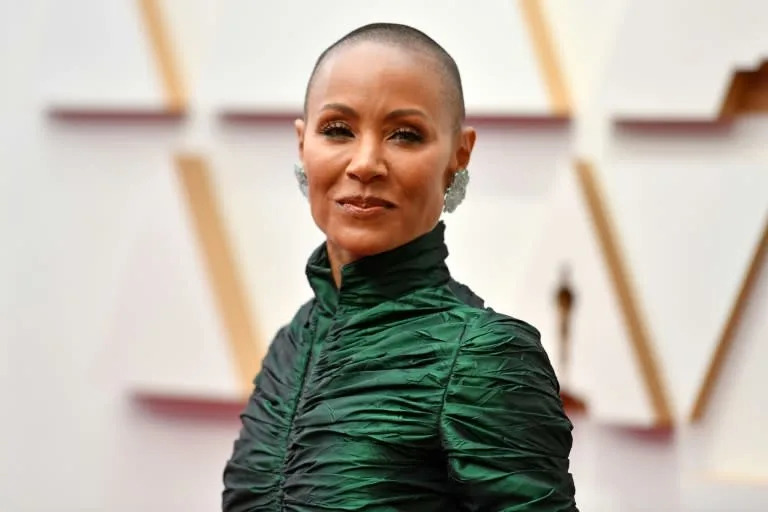 Hair loss among women is painful, depressing and embarrassing, according to Jada Pinkett Smith and other celebrities who have gone public with their feelings.

The subject has rushed into the public consciousness after Will Smith slapped comedian Chris Rock for making a joke about Pinkett Smith’s lack of hair at the Oscars.

Pinkett Smith spoke out for the first time in 2018 about her diagnosis of alopecia, a medical term referring to the loss of hair.

“It was one of those times in my life where I was literally shaking with fear,” the actress and director said on her online show “Red Table Talk.”

Democratic Congresswoman Ayanna Pressley, who went public with her diagnosis in 2020, took to Twitter on Monday.

“Let’s talk about what it’s like to live with #alopecia,” she posted. “The deeply vulnerable & difficult moments that our families see. Appreciation post for those who hold us down & support us when we’re at our lowest points. They see us, fully.”

As Hollywood inches towards a healthier balance between female beauty ideals and the lived reality, more actresses have begun speaking out about the impact of losing their hair — due to stress, hormonal changes after giving birth and even Covid-19.

“This is so not glamorous, but it’s true: I need to take longer showers so that I can collect the hair that falls out and throw it away so I don’t clog the drain. Why do actresses never talk about that?” Selma Blair told People magazine in 2011 after giving birth.

Alyssa Milano, who says she lost her hair after being infected with coronavirus, said it had affected her whole sense of self.

“It’s hard, especially when you’re an actor and so much of your identity is wrapped up in those things like having long silky hair and clean skin.”

Actress Ricki Lake wrote on Instagram in 2020 that she had struggled for her whole life with hair loss.

“It has been debilitating, embarrassing, painful, scary, depressing, lonely, all the things. There have been a few times where I have even felt suicidal over it.”

Oscar winner Viola Davis said she had tried to hide the effects of her alopecia with wigs.

“I never showed my natural hair… I was so desperate for people to think that I was beautiful.”

Davis, who has been more open about the subject in the last decade, even included it in the series “How to Get Away with Murder,” when her character, a strong-willed lawyer and teacher, removes her wig exposing her very short hair.

The National Alopecia Areata Foundation (NAAF) called Monday for more people to learn about the condition.

It said alopecia areata, a specific type of balding caused by an autoimmune disorder that makes hair often fall out in clumps, affects about seven million people in the United States and about 147 million worldwide.

“It can be unpredictable and cause significant physical, emotional/mental health, psycho-social, and financial burdens –- and there is no cure, effective treatment or standard of care,” the NAAF said.

“Alopecia areata does not discriminate and can affect anyone at any age and may be a temporary or life-long condition. Many people living with the condition are suffering, and we must do better to support this community and erase the stigma, discrimination, and societal barriers that persist.”