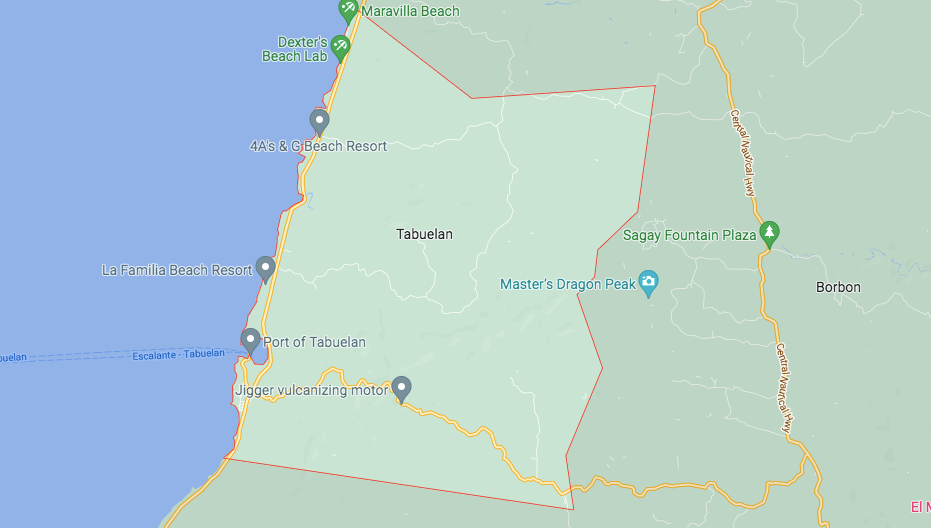 MANDAUE CITY, Cebu — The top officials of Tabuelan town were accused of graft and corruption for allegedly allowing the implementation of an “illegal” reclamation project and the construction of a private wharf in Barangay Tabunok.

Charged before the Office of the Ombudsman were Mayor Rex Gerona and Vice Mayor Raul Gerona.

The two officials are seeking reelection on May 9, 2022.

In a complaint-affidavit which he submitted before the Office of the Ombudsman on March 24, 2022, Junel Genita, a resident of Barangay Maravilla, sought the conduct of a fact-finding investigation on the passage of a Sangguniang Bayan resolution on July 9, 2014 which endorsed the application of Vice Mayor Gerona for the issuance of a Special Agreement for Protected Areas (SAPA).

Genita alleged that the vice mayor even participated in the deliberation on his SAPA application.

The Sanggunian resolution was also approved by his brother, Mayor Rex Gerona.

Genita said what the two brothers did was in violation of Republic Act 3019 or the Anti-Graft and Corrupt Practices Act.

In addition, Genita said, the approval of the Sangguniang Bayan resolution was also unlawful and irregular.

The resolution, he said, allowed the construction of a new wharf in Barangay Tabunok even if a wharf of the same size, that was built in 2013, already existed there.

Genita said the location of the vice mayor’s wharf is along the Tañon Strait Protected Seascape, which according to Presidential Proclamation No. 1234 that was signed on May 27, 1998, “is not covered by any exemption for its use by private individuals.”

The implementation of a reclamation project in a protected area was illegal, the complainant said.

Genita also questioned the issuance of an Environmental Compliance Certificate (ECC) and a permit to construct a private commercial port which allowed the reclamation project and the wharf’s implementation.

As of this writing, the Gerona brothers have yet to comment on the filing of a complaint against them.

Tabuelan town is a 4th class municipality located on the northwestern part of Cebu. It is estimated to be at least 100 kilometers northwest of Cebu City.