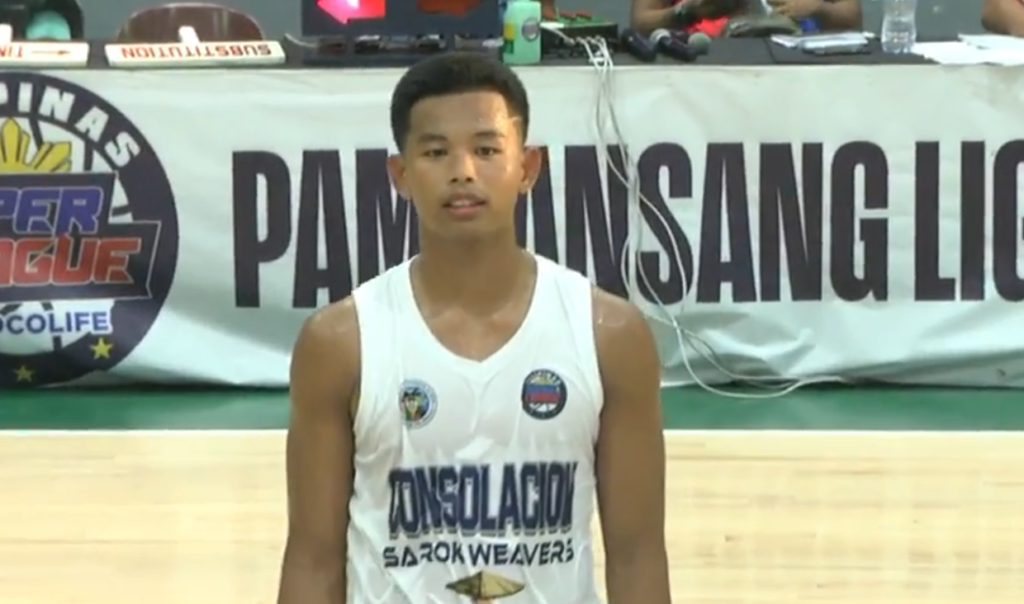 Player of the Game awardee Rojan Montemayor. | Screengrab from the game’s live streaming.

The Weavers led by as much as 24 points in the fourth period, 68-44, after enforcing solid defense from both ends of the floor.

Rojan Montemayor led the Sarok Weavers with 11 points and a whopping 19 rebounds to grab the Best Player of the Game award while Gyle Patrick Montaño also chipped in 11 markers and three dimes.

Before their second-half surge, the Sarok Weavers struggled in the opening half with the Vanguards leading, 35-31.

However, after halftime, the Cebuanos recomposed themselves and enforced a solid full-court pressure that rattled the Vanguards resulting in several turnovers.

Keaton Taburnal initiated the Weavers’ scoring spree with a three-point shot for a, 36-35 lead and never looked back.

They then grabbed their first double-digit lead on Neon Chavez’s three-pointer, 48-37, at the 3:30 mark of the third period, part of an, 18-4, Sarok Weavers run in the quarter which gave them a commanding 14-point leeway, 53-39.

The Sarok Weavers extended their lead to 21 on Paulo Dalumpines and Wesley Malazarte’s conversions, 62-41, with four minutes left in the game.

John Kirk Gonzaga’s three-pointer gave the Cebuanos their biggest of 24 points, 68-44, with 3:39 left and the Weavers held on to a 20-point winning margin at the final buzzer.   /rcg