Sotto: Polling firms should be answerable to people’s plight 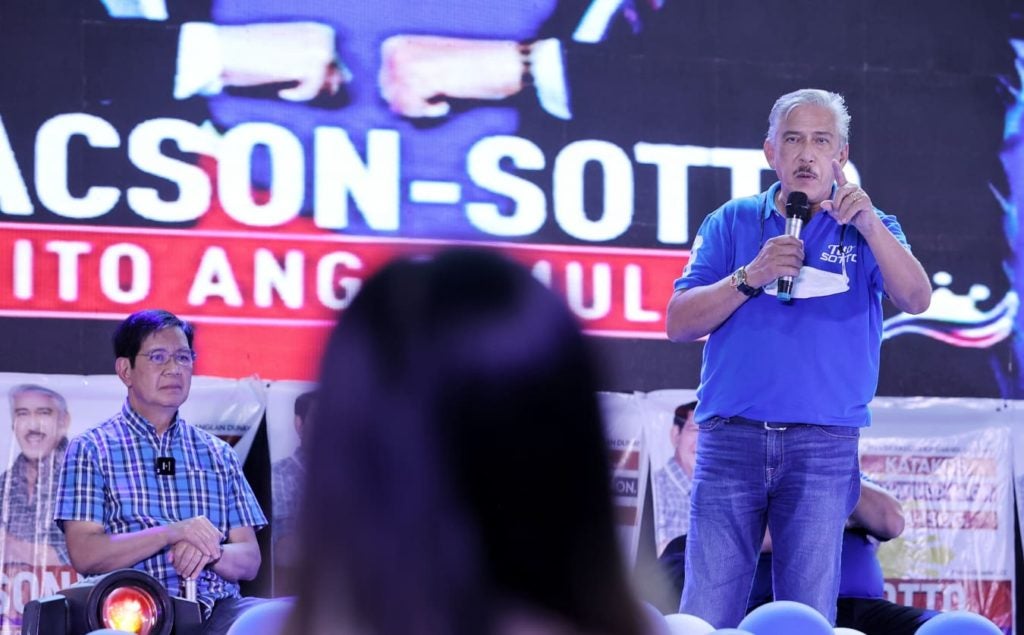 Sotto’s survey score dropped to 20 percent on March from 24 percent on February, widening the gap between him and the survey’s leading candidate, Davao City Mayor Sara Duterte Carpio.

In the survey conducted from March 17 to 21, Duterte-Carpio captured 56 percent of the respondents’ votes — an increase of three percentage points compared to her score in the February edition of the survey.

Sotto said the surveys have long conditioned the minds of voters yet they have never been held accountable to the effects of this conditioning.

“If surveys are used to condition the minds of our people on who should be elected as the next leader, then polling firms should also be held answerable to the plight of majority of our people who continue to live under terrible conditions.”

Sotto said that surveys does little to reflect the true desires of the Filipino people and so his campaign will not be affected by it.

He urged supporters to remain steadfast and for Cebuanos to vote beyond the suggestions of surveys.

Sotto and Presidential candidate Panfilo Lacson are in Cebu until Thursday, April 7, 2022, to woo Cebuano voters.