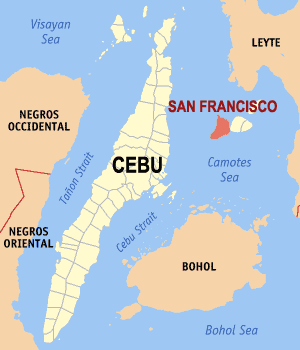 Police from San Francisco confirmed that a man died in their town after he was crushed by limestone rocks on Monday, April 11.

This despite prevailing Tropical Cyclone Wind Signal (TCWS) No. 1 all over Camotes Island due to Agaton’s presence.

Espinosa and his companion, a certain Edgar Linao Dagatan, went to extract limestones despite the bad weather.

Dagatan, who witnessed the incident, told investigators that due to incessant rains, a minor landslide occurred in the quarry site. Some of the rocks hit Espinosa. Dagatan, in turn, went to call for help from nearby residents.

Police and responders brought both Espinosa and Dagatan to Camotes District Hospital  but attending physicians declared that the former had died.

In the meantime, police and the local government of San Francisco reminded residents that quarrying remains suspended due to the lingering bad weather.

Read Next
Only vaccinated persons can enter places of worship – Año