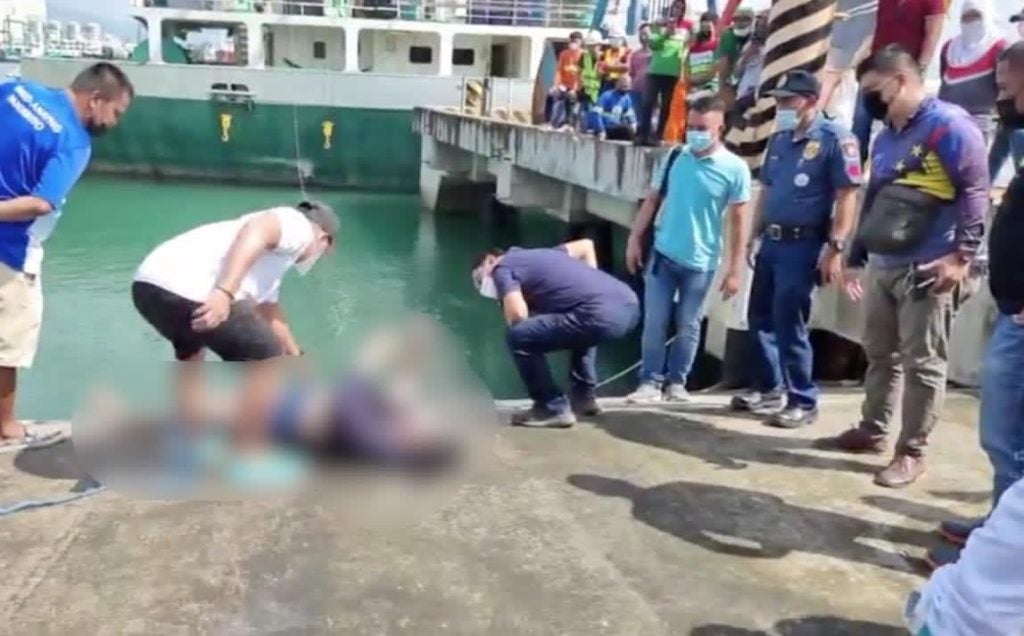 CEBU CITY, Philippines —  Police are still waiting for the autopsy result to check if foul play was involved in the death of a woman whose body was found floating off Mactan Channel in Lapu-Lapu City on Friday, April 15.

Police Major Narciso Abapo, chief of Police Station 3 in Lapu-Lapu City, identified the fatality as Eva Visitacion, 34, a native of Zamboanga City, but was a resident of Barangay Calawisan in Lapu-Lapu City.

Visitacion was found dead in a wharf located in the boundary of Barangays Pajo and Poblacion in the said city.

Abapo said that Suarez told them that before the incident happened, he had a fight with Visitacion over personal matters. Suarez said that after the fight, Visitacion left their house in Barangay Calawisan past 8:30 p.m. on Thursday and did not return.

At past 9 a.m. on Friday, April 15, a dead body of a woman was found floating off Mactan Channel. A security guard assigned to the said wharf reported this to the police, to which the latter immediately responded.

Abapo, however, said that he could not disclose what might have caused the death of Visitacion as they are still waiting for the result of the autopsy.

He could not also determine what might have caused the bruise they found on the back of the woman’s body.