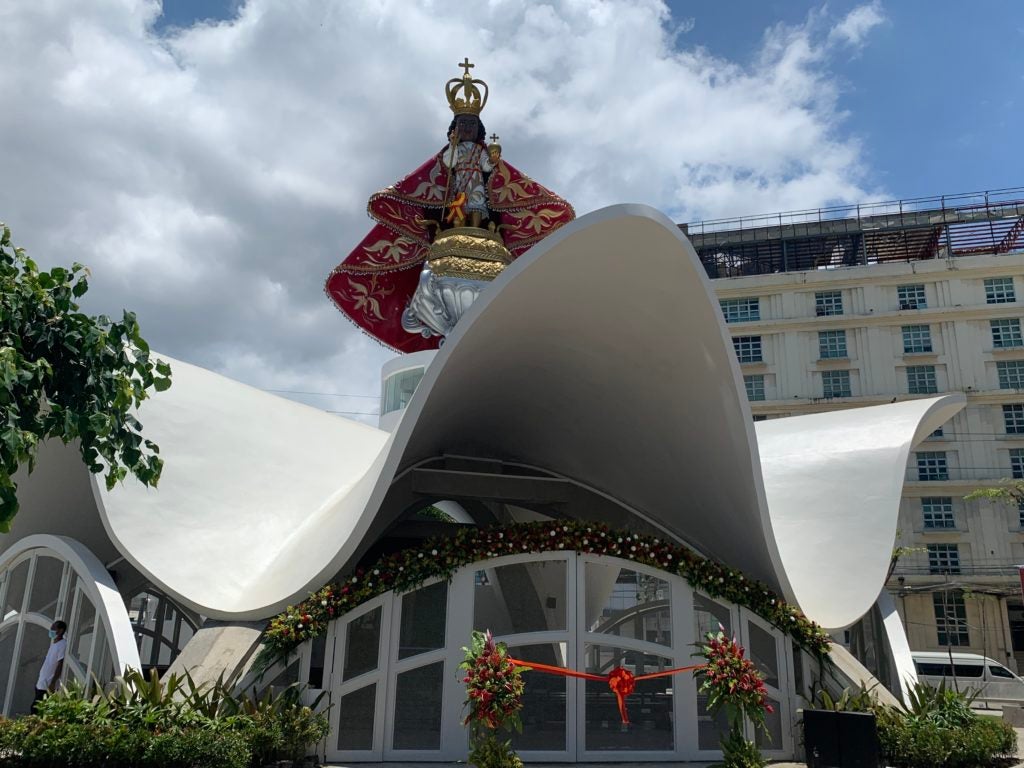 The Cebu City government together with the Archdiocese of Cebu and engineering firm Megawide Construction Corp. on Easter Sunday, April 17 officially opened the Señor Sto. Niño Chapel in the city’s Senior Citizens Park.

The chapel is part of the city’s joint venture with Megawide to modernize the Carbon Public Market, and its highlight is no other than a 30-foot statue of the Holy Child.

A ceremonial signing of the memorandum of agreement (MOA) between the city government, Megawide and the Archdiocese also took place.

The MOA, in effect, gives the city, the Roman Catholic Church, and Megawide to hold religious activities such as weddings and Holy Masses within the chapel which can accommodate up to 150 individuals.

Cebu2World is a subsidiary of Megawide tasked to undertake the multi-million, facelift project for Carbon Public Market.

According to project proponents, the Señor Sto. Niño symbolized the Cebuanos’ deep devotion to the Holy Child.

“The “Sto. Niño, 500 years since its arrival to Cebu, has become the core of Catholic Cebuano identity. Our relationship with the Senyor is very personal for us Cebuanos. You can see a likeness in almost every home. Even in Carbon, you will see the Sto. Nino in many stalls,” said Ferrer.

Meanwhile, Palma thanked the project proponents for highlighting the significance and value of the Señor Sto. Niño with a new chapel dedicated to Him.

“A big thank you… It deepens the faith and exactly 500 years ago, the first Easter Mass was celebrated in April. And after that, the Sto. Niño was given… Since then the Sto. Niño became one of the most popular images not only in the country but in the whole world,” said Palma in a short speech.

For his part, Rama hoped that the completion of the Carbon modernization would further facilitate the economic recovery of the city following the crises spawned by the COVID-19 pandemic and Typhoon Odette.

“The Carbon (modernization) is a development that is needed to (redacted) for the economic recovery for the City of Cebu,” Rama said.

Experience city life like no other at Primeway Suites