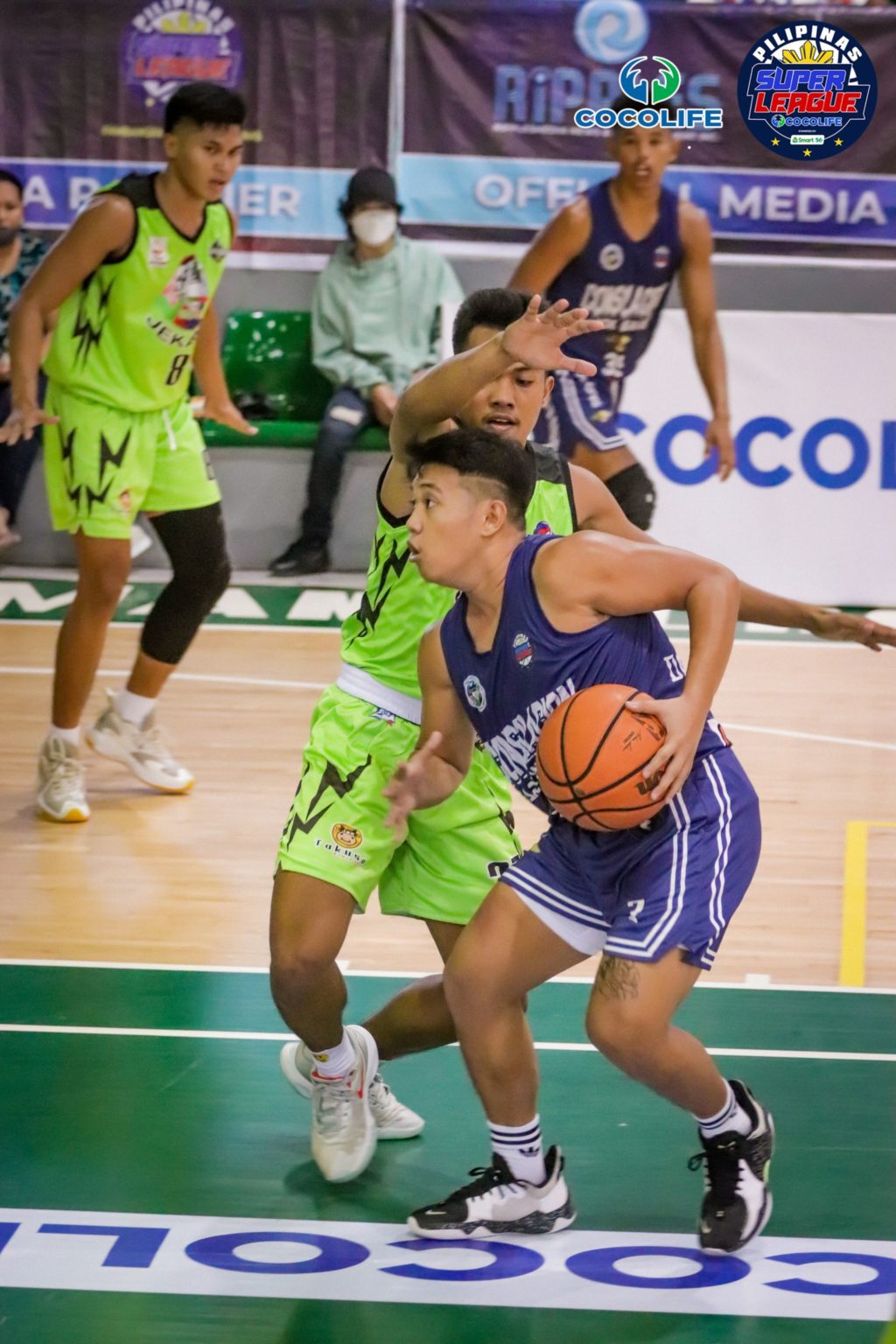 John Paolo Dalumpines of Consolacion tries to break free from the defense of Roxas Vanguards during Game One of their Best-of-Three Finals Series of the PSL U21 tilt. | Photo from the PSL Media Bureau.

Crafty guard John Paolo Dalumpines was a huge revelation for the Sarok Weavers with 14 points on a 6-of-8 field goal shooting. He also had three rebounds, four assists, and four steals.

Robles and Dalumpines’ stellar performances were very timely as their top scorer and league MVP Gyle Patrick Montaño had a rough night, converting only one of his 11 field goals.

Rojan Montemayor may have a meager scoring, tallying only 10, but he grabbed 20 rebounds to help the Sarok Weavers grab the big victory.

The Vanguards experienced some sort of deja vu after Game One, reminding them of their lopsided loss to the Sarok Weavers last April 1 during the league’s opening.

As usual, the Sarok Weavers had a slow start until they picked up steam in the middle of the first period to grab the lead and ended it with a, 25-19, tally.

In the second quarter, the Sarok Weavers launched a 12-3 scoring blitz and sealed the halftime with a nine-point advantage, 46-37.

Coach Kareem Alocillo’s boys didn’t look back and went on building a commanding lead of 22 points,80-58, at the start of the fourth period.

Roxas tried to retaliate by having a brief scoring run, cutting the lead to 14, 66-80, but time wasn’t on their side.

Eljohn Lacaya led Roxas with 29 points. He also tallied six rebounds, one assist, and one steal while Randolph Lacquio had eight points while Jerry Rivera added 10.

The Sarok Weavers are gunning for a sweep of the title series in Game Two slated on Thursday, at 3:00 PM.       /rcg