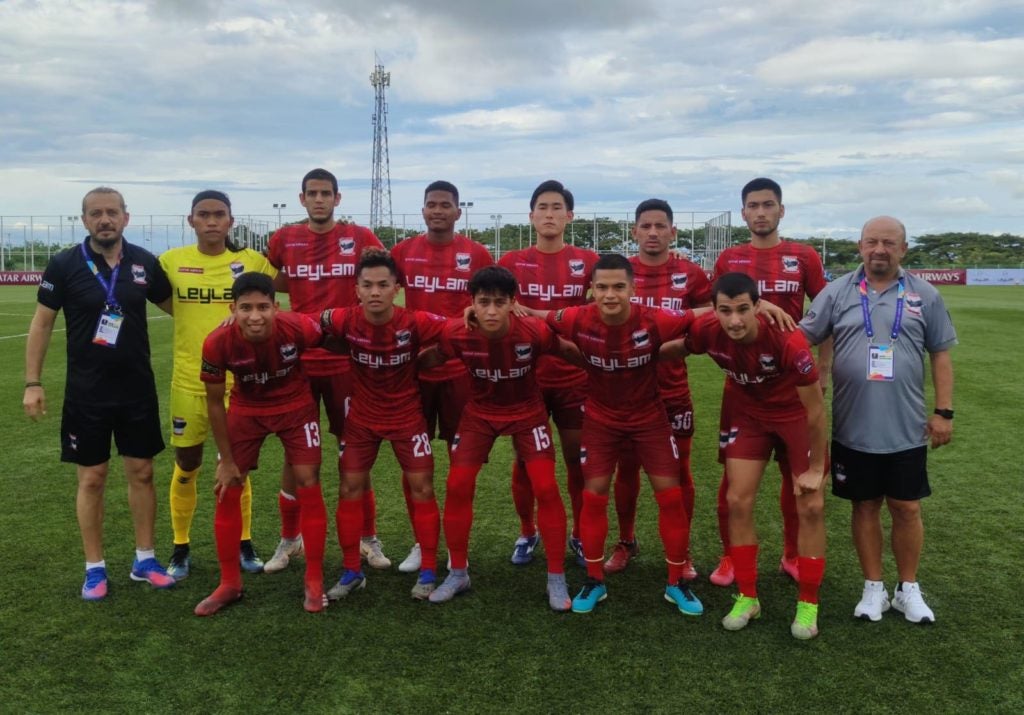 Members of the Cebu Football Club pose for a group photo after their victory against Stallion Laguna FC on Monday in the Philippine Football League. | Photo from CFC Media Team

CFC, which debuted in the PFL last November, finished their campaign in the same tournament without a win, but yesterday, they rewrote their fate when newly-acquired forward Chima Uzoka and mainstay Roberto Corsame Jr. delivered the two goals which gave the club their first win in the tournament.

In their last meeting last November 20, CFC finished their debut in the PFL with a 4-5 (penalty shootout) loss to Laguna.

Their victory on Monday avenged their heartbreaking loss last November and provided the club with the much-needed three points in the team standings to start their campaign positively.

Ozuka nailed the first goal in the 33rd minute. He was rewarded with a penalty kick after being fouled by Kainoa Bailey inside the penalty box while scrambling for ball possession.

Ozuka’s penalty kick went straight to Laguna’s goalkeeper Hayeson Pepito. However, the ball bounced back straight to Ozuka, who didn’t hesitate to sweep the ball straight inside the goal.

“The feeling is extremely great. I’ve always believed that I would score the first goal for CFC and I know there are many to come. I was confident about the penalty but the goalkeeper had a great save and didn’t totally save it and I followed through and got a good rebound,” Ozuka told CDN Digital in an interview.

Laguna had the upper hand based on statistics. They had better ball possession and 14 shot attempts over CFC’s 11 in the match.

Laguna tried their best to score an equalizer, but CFC’s pesky defense proved difficult to break.

In the 90th minute, Roberto Corsame Jr., who was named the “Man of the Match,” scored CFC’s second goal that would serve as the final nail in the coffin against Laguna.

Daniel Gadia, who was running down from the left side, perfectly passed the ball to Corsame, who quickly flicked it past Pepito inside the goal.

CFC will try to log back-to-back wins as they face the formidable Azkals Development Team on Thursday, April 28, at 5 p.m. Laguna looks to earn their first win as they take on Kaya FC Iloilo on May 2.