Lapu-Lapu City had the grandest “Kadaugan sa Mactan” celebration this year with the President as the City’s honored guest, together with his cabinet secretaries and government officials.

President Rodrigo Roa Duterte formally graced the 501st Anniversary of the Victory at Mactan and Closing Ceremony of the 2021 Quincentennial Commemorations in the Philippines at the Liberty Shrine in barangay Mactan. 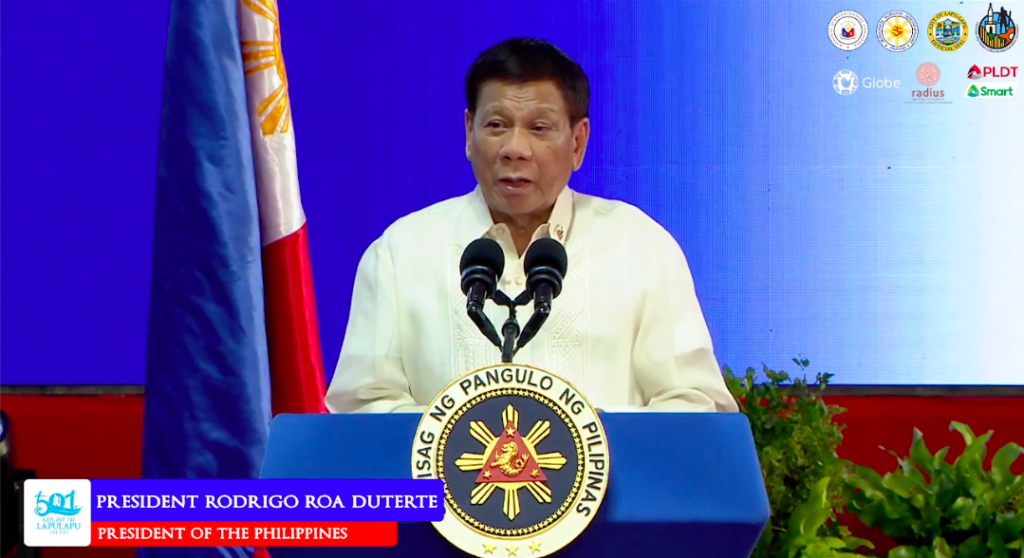 President Rodrigo Roa Duterte formally graced the 501st Anniversary of the Victory at Mactan and Closing Ceremony of the 2021 Quincentennial Commemorations.

This commemoration is the first-ever in the 3-year term of Lapu-Lapu City Mayor Junard “Ahong” Chan, having no less than President Duterte to honor the occasion.

As to how Datu Lapulapu won against Spanish invaders led by Ferdinand Magellan in the Victory at Mactan 501 years ago, Mayor Chan also led the Oponganons in our fight against COVID-19.

In this battle, the mayor twice contracted COVID-19, but with the Grace of our Lord, he prevailed. He soon got vaccinated and had booster shots.

The mayor also urged all Oponganons to have themselves vaccinated, as the City now achieved more than 80 percent of the qualified population vaccinated.

This will keep us all Oponganons fit for battle. 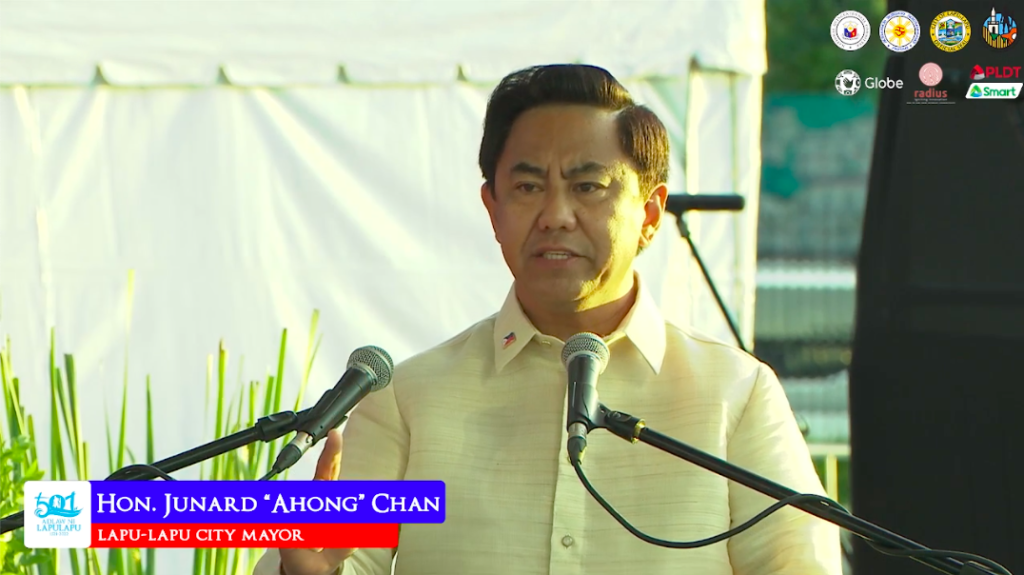 This commemoration is the first-ever in the 3-year term of Lapu-Lapu City Mayor Junard “Ahong” Chan, having no less than President Duterte to honor the occasion.

Looking back, on the eve of the quincentennial celebration in 2020, Mayor Chan’s first hosting of the event, COVID-19 is still at its height.

The pandemic closed down companies and factories; lockdown communities and subdivisions; suspended public transport, the economy and our tourism industry stood still.

The following year 2021, the opening of the Quincentennial Commemoration, our protracted battle against the virus still rages.

It confined the opening ceremony of the 500th anniversary, as guests were limited and on the strict protocol.

And President Duterte that year sent his virtual speech in his absence. Only limited national officials were present.

In the second quarter of this year 2022, Mayor Chan, with the help of DOH and the government’s vaccination program, slowly overcome the virus.

Now, the Oponganons are slowly enjoying the fruits of our victory. 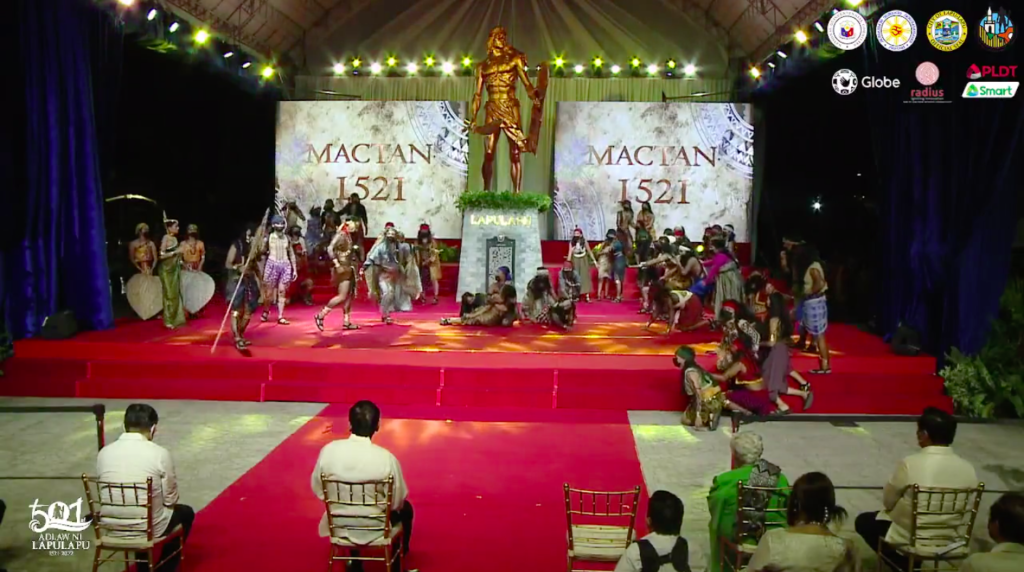 Reenactment of the battle of Mactan during the ceremony.

As we now achieve a more relaxed status, “Alert Level One” signals the opening of hotels, resorts, and the resurrection of our Tourism industry.

This is Lapu-Lapu City’s “bread and butter” industry.

As we celebrate the “Closing Ceremony of the 2021 Quincentennial Commemoration” and reenact the Victory and Battle of Mactan, our doors are now open as we welcome President Rodrigo Roa Duterte and Cabinet Secretaries, together with government officials.

The portals of Lapu-Lapu City are now open as we welcome guests, foreign and local tourists, and our relatives who haven’t visited us for years.

We welcome everyone who wishes to enjoy and taste our Victory in our Battle in Lapu-Lapu City.

Drive and Dine on Father’s Day