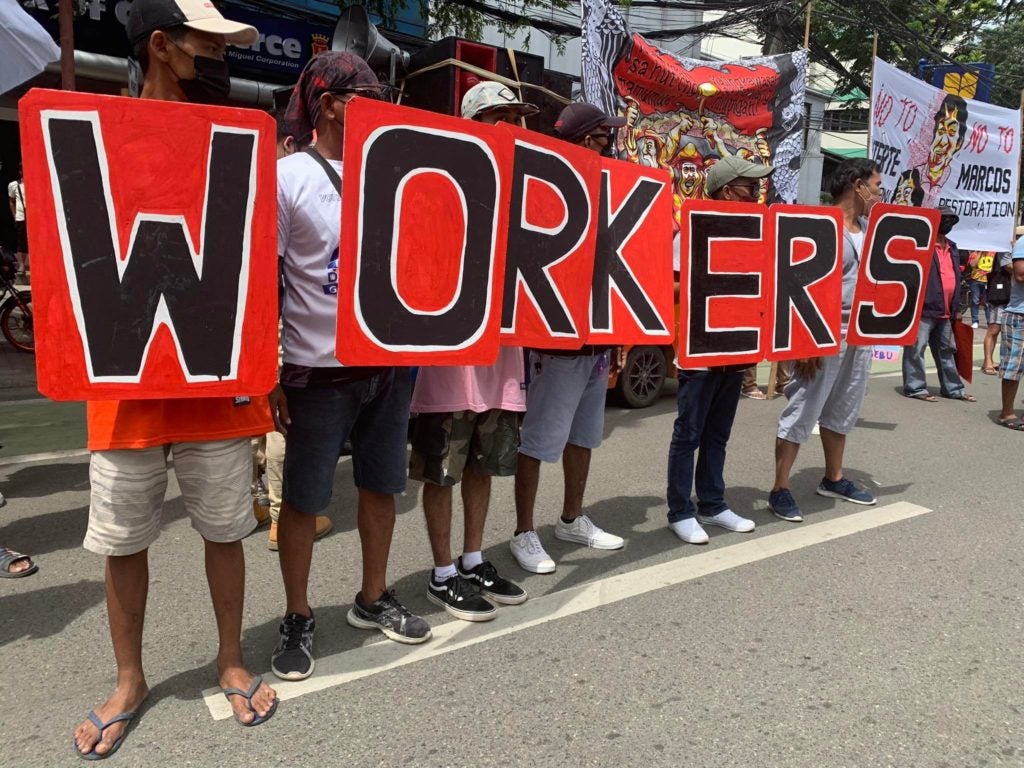 CEBU CITY, Philippines — Members of progressive groups here again voiced their concerns on the need to protect the welfare of workers during a Labor Day protest on Sunday, May 1.

Jaime Paglinawan of BAYAN Central Visayas said government has to make sure that workers are free to express their concerns and to create unions that would protect their interests.

Paglinawan also called on members of the labor sector to unite especially with petitions for wage increases in Cebu and other parts of Central Visayas still pending with the Regional Tripartite Wages and Productivity Board in the region.

(There is a need for workers to unite in order for them to defend their rights to receive a pay that is enough for their needs and to ensure work security.)

They gathered near the Fuente Osmeña Circle at about 10 a.m. and walked to downtown Cebu City.  They culminated their gathering at the corner of Osmeña Boulevard and Colon Street.

Paglinawan said they expected more than a thousand individuals to join their Labor Day protest.

The Cebu City Police Office (CCPO) for its part did not provide its own count of rally participants.

Police Lieutenant Colonel Wilbert Parilla, CCPO’s deputy director for operations, said they did not record any untoward incident during the conduct of the Labor Day protest.

While the police allowed protesters to continue with their activity, Parilla said, they continued to monitor their movements until they reached their destination and started to disperse.

And since the celebration is not yet over, Parilla said, they are expecting more rallies to be held later in the day.

He said a platoon or 32 Civil Disturbance Management (CDM) personnel has been placed on standby to ensure peace and order at the rally sites.

Aside from Paglinawan’s group, Parilla said, they also monitored four other small gatherings in other parts of the city on Labor Day.