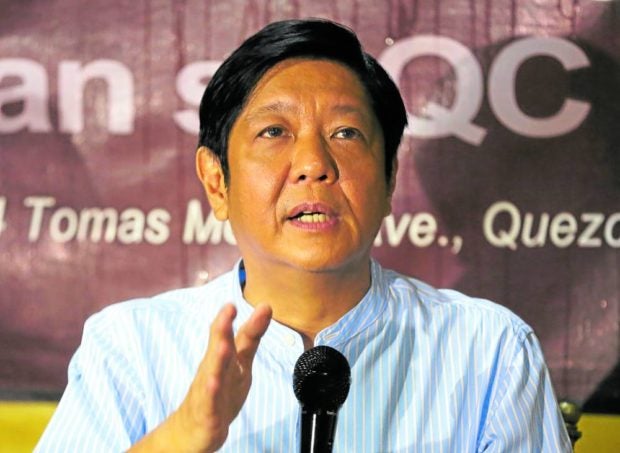 KADIGASAN, Special Geographic Area, Bangsamoro, Philippines — Launching his vice-presidential bid in 2016, then Sen. Ferdinand Marcos Jr. hearkened back to his father’s era, describing it as “a time when the Philippines was seen as a bright light in the community of nations when we ourselves were proud to be Filipinos.”

“We enjoyed that time. Unfortunately, that time has passed. It’s time to return to that moment in time,” said the son and namesake of the late dictator, as quoted in the documentary “The Kingmaker.”

But for the Moro fighters in Mindanao who endured four decades of conflict to defend their way of life and establish self-rule, a return to that past would be a nightmare.

“If Marcos wins, the Bangsamoro loses. Marcos is a mortal enemy of the Muslims,” Pananggilan said.

Younger members of the BIAF are just as aware of the persecution of Muslims during Marcos’ time.

“The Marcos years were bloody and brutal to the Muslims and indigenous peoples of Mindanao, as Marcos Jr.’s father waged a merciless war of genocide against our people, killing thousands,” read a manifesto issued on April 25 by the BIAF commanders.

A member of the BIAF in his thirties who requested to be identified merely as Ronnie cited such incidents during the Marcos years as the 1971 massacre of 70 Moros, including women and children, by armed men suspected to be members of the Philippine Constabulary, in Barangay Manili, Cotabato; and the 1974 massacre of about 1,500

These events “continue to be fresh as if it only happened yesterday, because the narratives had been drilled into our minds by our elders as a justification for the Moro revolution,” Ronnie said.

There were 21 other massacres perpetrated by government-backed militias from 1970 to 1971, according to Marjanie Macasalong, a member of the interim parliament of the Bangsamoro Autonomous Region in Muslim Mindanao (BARMM).

These episodes would eventually elicit support among Islamic countries for the Moro rebellion until the Marcos regime was forced to negotiate peace with the Moro National Liberation Front (MNLF) in 1976.

“We are fortunate to have had Presidents who…were friendly to the Bangsamoro during their terms of office. Without their strong political will and follow-through to their campaign commitments, it is hard to imagine where the Bangsamoro peace process would be today,” Iqbal said.

The MILF’s endorsement of Robredo on April 23 can be seen as taking off from that basis. It also broke some widely held views of leadership among Muslims.

Former Jolo Mayor Hussin Amin said the endorsement took some by surprise, because “Muslims, in general, don’t go for a female leader,” he said.

But former Bongao, Tawi-Tawi, Mayor Sulay Halipa said there should be no hindrance in choosing a woman leader “because we are not in a caliphate society, we are not an Islamic country.”

Degku Maliga, a BIAF battalion commander, said the group is prepared to campaign for Robredo—who has gained a substantial 9 percentage points in Mindanao, according to Pulse Asia’s latest survey conducted on March 17-21.

Yet the most notable facet about the election campaign in Mindanao so far is Marcos Jr.’s strong showing there, despite his father’s grim legacy.

In the Pulse Asia survey, Marcos remained the front-runner in Mindanao with 62 percent after a drop of 6 percentage points, followed by Robredo with a distant 14 percent.

He leads the Bangsamoro region with 52 percent, followed by Robredo with 11 percent.

Iqbal said there was a need to emphasize the “historical injustices in the Bangsamoro context,” which he said “could easily be overlooked.”

He added that “not every Filipino understands the root causes of conflict in our region.” The lessons from the past are instructive in that regard. —WITH REPORTS FROM JULIE S. ALIPALA AND INQUIRER RESEARCH