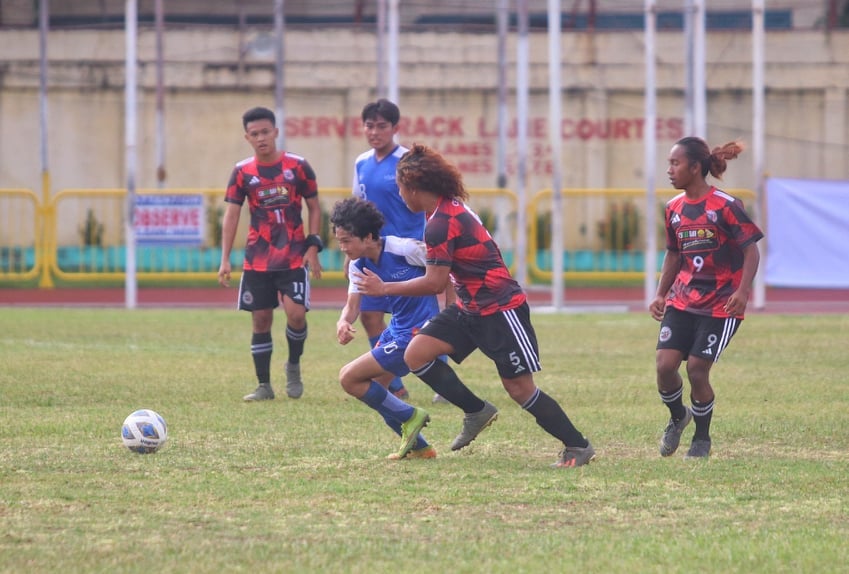 The Department of Education (DepEd) Cebu City Division Sports and the Central Visayas Football Association (CVFA) partnered to hold the first major ball game of the Palarong Pambansa after two years of inactivity due to the COVID-19 pandemic.

DepEd Cebu City Division sports officer Francis Ramirez, who serves as one of the local organizing committees of the bubble football, told CDN Digital that they were wary of hosting the tournament due to numerous challenges.

However, they took up the challenge and went on preparing the CCSC and the four participating teams with caution.

The other two participating squads are the Abellana National School (ANS), and the Sacred Heart School-Ateneo de Cebu (SHS-AdC).

For his part, CVFA president Rodney Orale shared the sentiments of Ramirez. He revealed that he was somewhat worried during the preparation phase of the tournament due to the surge of the Omicron variant and after Typhoon Odette that badly hit Cebu City in December.

With the huge success, the Palarong Pambansa secretariat and the DepEd Central Office are now brewing for a bigger bubble sports event in Cebu City.

However, Ramirez clarified that these are still in the planning phase.

For Orale, they are prepared to host another Palarong Pambansa bubble tournament, but this time, they are asking for cooperation from the Cebu City Sports Commission (CCSC) and the Cebu City Government.