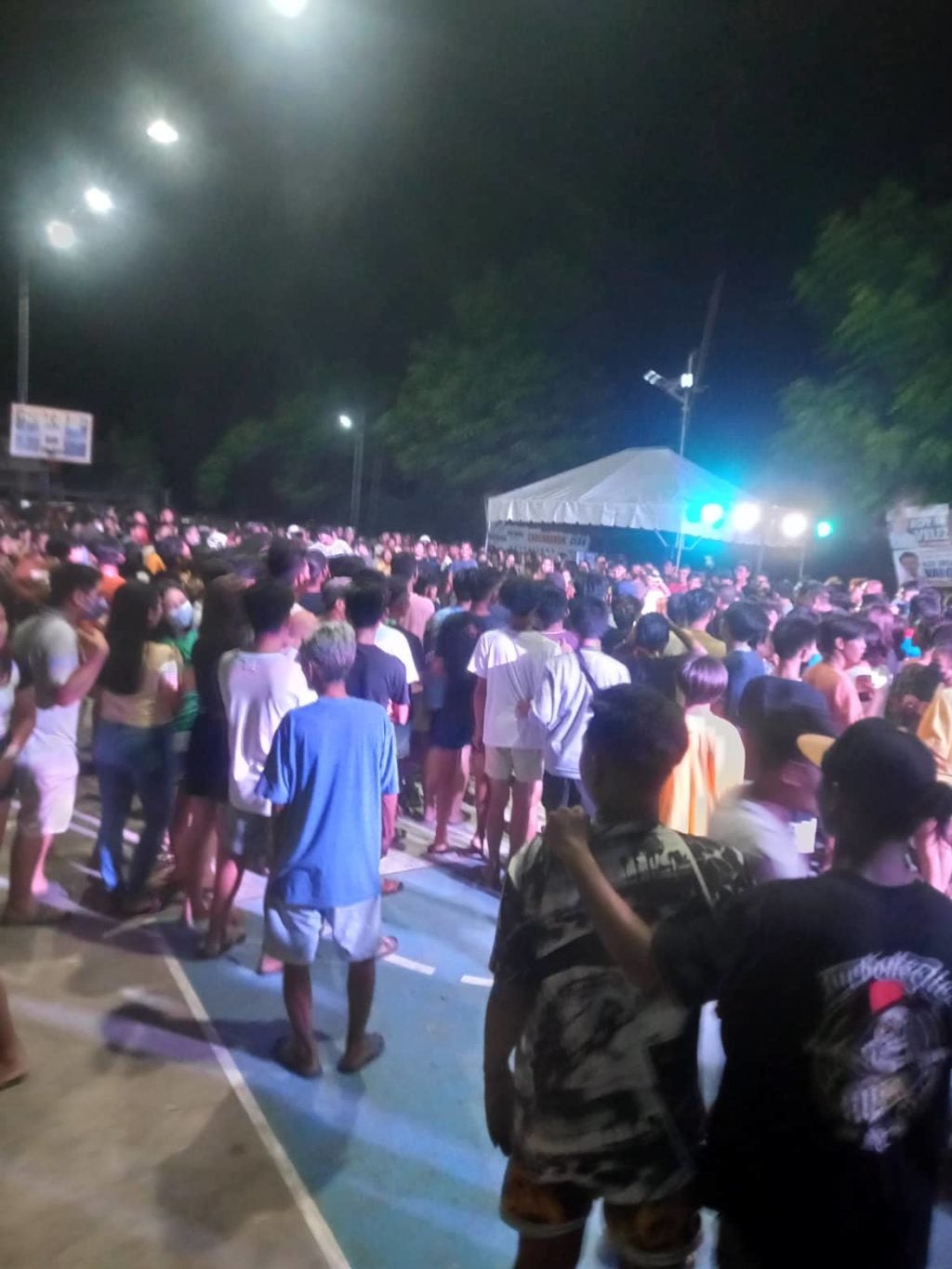 A live band event in Barangay Napo, Carcar City was ordered to stop last Saturday, May 21, for violating the city ordinance, specifically on the conduct of disco/public dance or other similar activities. | Contributed Photo

CEBU CITY, Philippines — A city councilor’s complaint prompted police to stop a live band event which drew a crowd of 3,000, in Barangay Napo, Carcar City on Saturday, May 21, 2022, because it violated an existing city ordinance.

Police Lieutenant Colonel Ardioleto Cabagnot, chief of Carcar City Police Station, said they responded to the complaint of City Councilor Jay Garcia that he called in at 10 p.m. that day.

Cabagnot said that Garcia called the police station after the latter claimed that outgoing Vice Mayor Nicepuro Apura instructed him to report to the police about the violation committed at the barangay.

Garcia was referring to an existing ordinance — City Ordinance No. 36-2020 —, which banned the holding of disco/public dance or similar activities within the territorial jurisdiction of the city of Carcar.

Included in the exemptions of these activities are the city’s annual celebration sanctioned by the city government; zumba or aerobics may be allowed but only between 6 p.m. and 9 p.m., and subject to approval from the local chief executive.

Cabagnot said they promptly went to the area that Garcia complained about and eventually stopped the live band event.

He said that there were an estimated 3,000 people, who attended the live band activity.

Cabagnot said that they informed the barangay about the complaint and the violation and told them to stop it.

Police then ordered those who attended the event to disperse from the area and the police also confiscated some equipment that were used by the band.

However, Cabagnot said they did not make any arrests.

Barangay Napo celebrated their fiesta at this time.

(We did not just ordered them to stop immediately, so we just told them that these would be the last five songs that they will perform.)

CDN Digital tried to contact Garcia and the village chief of Barangay Napo but no response was made as of this posting.

It can be recalled that several live band events happened in Carcar City during the start of the local and national campaign here which even drew a crowd of more than 3,000.

Carcar City is a 5th class component city in the province of Cebu. It is estimated to be 39 kilometers south of Cebu City.