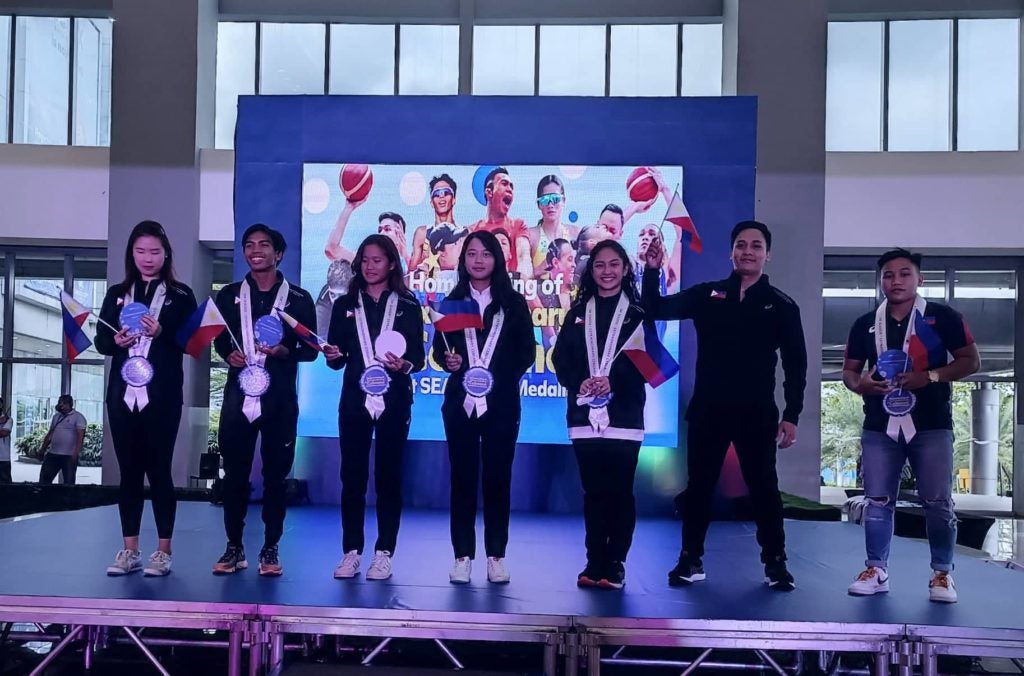 CEBU CITY, Philippines — The Cebuano Southeast Asian Games (SEAG) medalists received a warm welcome from their friends, family, and the Cebuanos during their grand homecoming hosted by the SM Seaside Cebu on Saturday, June 11, 2022.

Seven of the 11 Cebuano medalists in the 31st SEAG in Vietnam graced the grand homecoming event co-organized by the Cebu City Sports Commission (CCSC).

In his video message, chef de mission and Philippine Sports Commission (PSC) commissioner Ramon Fernandez told the athletes how proud he is of their achievement. In addition, he also reiterated the importance of character-building in sports.

“We are all proud of you who continue to do good in your chosen sports. For me, ang importante mag ka medal mo sa mga international competitions but, usa sad ka importante nga butang nga dapat nato tagaan ug importansya ang ma build nga character sa usa ka atleta. By playing your sport, you are also doing your part of building your character. The values you learned through sports will also be applied to your life,” said Fernandez.

Also, giving a recorded inspirational message to the athletes was no other than PSC Chairman William Ramirez.

“This is the fruit of the labor, the testament of tireless training, and preparation from their coaches, and the sacrifices of being away from their families,” said Ramirez.

The PSC bankrolled the participation of the 980-strong Philippine contingent, including 641 athletes and 210 coaches from 40 sports to the tune of P232 million.

On the other hand, Hontiveros said that the Cebu City Government plans to file a resolution to recognize the Cebuano athletes who won a medal in the SEA Games.