Most Common Complaints of Real Estate Buyers upon Turnover 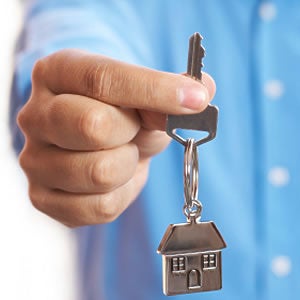 For many, buying a property is the single most expensive purchase one makes in his or her lifetime.

Do you know that not all expectations are met when buying a property?

Some buyers get a surprise of their lives when, nearing turnover, developer’s representative calls to “remind” them of charges they have to pay before unit delivery which they do not know about. This is an example that happened in the past: The developer, while constructing the project suddenly came up with the idea of charging a sizable turnover fee apart from the transfer fees used for transferring the title to the new owner. With so much already invested, buyers have no choice but to pay the required amount.

Apart from that particular project, however, such an occurrence is practically unheard of. Generally, the more common problem with hidden charges is that transfer and/or miscellaneous fees are either not properly declared beforehand or not emphasized enough during the sales process.

Avoid the surprise of turnover problems. Prior to closing a deal with a developer, double check with your agent about all the charges in the transaction, especially those that might not be reflected in the price list and sample computation. Make sure you read all of the texts in these documents, including the fine print. Ask for details regarding lumped charges like those simply marked as “miscellaneous fees” and the like.

No, connection fees for phone and electricity are not necessarily taken cared of by the developer prior to turnover. The practice really differs from developer to developer. It is best, therefore, that you make sure you ask about this from your agent.

Though not so commonplace, there were also reports where water charges were much higher in one particular subdivision than one would normally pay outside. This was apparently due to some peculiar method for charging clients water companies may have under certain accounts or agreements with developers which became a disadvantage to the residents. This was remedied by changing that agreement or account type with the water company, but the process took several months and not too few heated arguments.

Certain projects might also be limited or exclusive to certain phone companies or cable companies. In this case, you might not have a choice. While there is little you may be able to do about this at the start, it does lessen the surprises if you know beforehand these tiny but potentially disappointing details.

While a property you buy is indeed technically yours, what you do with it is still restricted as per your agreement with the developer. The deed of restrictions, which every buyer signs, is the document which encapsulates what you can or can’t do with your property, such as, what you can plant in your garden, external modifications disallowed for your house, ownership of pets, fence designs, even your choice of curtains, and many others. Usually, the restrictions are already well articulated in the said document. But since this document is normally several pages thick, buyers almost never read it and get surprised later on that such and such restrictions exist. Make sure you know what you want to do with and in your property.

It is still possible to change a lot of these restrictions, but your Home Owners’ Association (HOA) or condominium association will need to have been turned over to the owners already and should be decided by the body. Even then, there are certain provisions, especially in cases where the developer maintains a large stake in or control of the property after full turnover, which cannot be repealed unless the developer or the property management explicitly allows it.

4. Delivery of features and other broken promises

Flyers show a feature in an amenity which entices us to buy a property in a project. Sellers promise you, as well, that this feature will be built based on the briefing given to them by the developer. Years pass after the supposed completion of the project and still that feature is not delivered.

Sadly, there isn’t a strong law penalizing developers for non-delivery of features as advertised or promised, despite the fact that this has happened at least a few times in the past.

5. Paid use of facilities and amenities

The normal expectation is that you as a unit owner should be allowed free and unimpeded use of the common facilities like the swimming pool, club house, sports facilities, and the like in a subdivision or a condo. Unfortunately, this is rarely the case. In most developments, you will still need to pay for the use of these facilities, although discounted perhaps, for a simple reason. The upkeep and maintenance will require a budget and should be paid most logically by those who use it and not unfairly lumped into your monthly dues.

Some sellers are often not very straight forward regarding this or may not volunteer this information. As with restrictions, rates for use of the facilities may be subject to discussion once the home owners’ association or the condo association becomes operational.

6. Late delivery of a project or its amenities

Filipino time apparently extends not just to meet ups but to real estate project delivery, as well. Sadly, delivering projects as promised is a rarity among real estate developers. Uncommon as it is, there are, however, some notable developers who are generally able to deliver with little or no delay.

It is best, therefore, to ask from disinterested parties regarding the actual track record of deliveries of developers, especially for projects from which you are eyeing to buy. And if the feedback is not good but you badly need or want that developer’s project, all you can do for now is lower your expectations and put a buffer on the date of expected delivery until the culture changes and proper laws are put in place.

There is such a thing as punch listing where you, the buyer, and the representative from the developer inspect a property before you accept it. To expect perfection is unreasonable. That is exactly why punch listing is practiced.

However, there are instances where the unacceptable items are enough to cause a significant delay in your use of the property because of the reworking required. One such example is the cracks in the walls created by the big earthquake last year. Some of these have not been fixed yet, owing it to the fact that these hairline, though non-fatal cracks could be numerous.

Surprisingly, even some big, well established companies do not fare well in this department, while some new entrants with little experience do relatively well. It is so hard to say. So, do your research well or ask a reputable broker regarding the track records of developers when it comes to quality of their projects.

Parking wars isn’t just a reality show on cable TV. It is a reality for some projects in Cebu, too. Start up families choose affordable projects for economic reasons but improve their lot eventually and now need parking for their new car. No garage, small streets, and improving income pit neighbors against each other. Such problems have occurred and have driven some of the home owners to sell their properties just a few years after they have settled in their homes.

Mind you, this problem does not exist in affordable projects alone. Middle and high end projects, especially for condos, are also susceptible to this situation, since no developer would ever invest in creating at least one parking slot for each condo unit. This could even be aggravated by the fact that rich owners buy more than one parking slot. Considering that the law only requires around one parking slot for every six condo units, then trouble is almost sure to erupt, as it has in some of the condominium projects in Cebu already.

It is best, therefore, to plan well ahead when purchasing a condo and buy a parking slot early on, if available and if your budget allows it. For subdivision owners, you might not have a choice but to rent parking spaces outside of your subdivision or more to a bigger one. In the meantime, some of the more entrepreneurial individuals among us already have a new business – parking space rental.

Citrineland tops off The Median