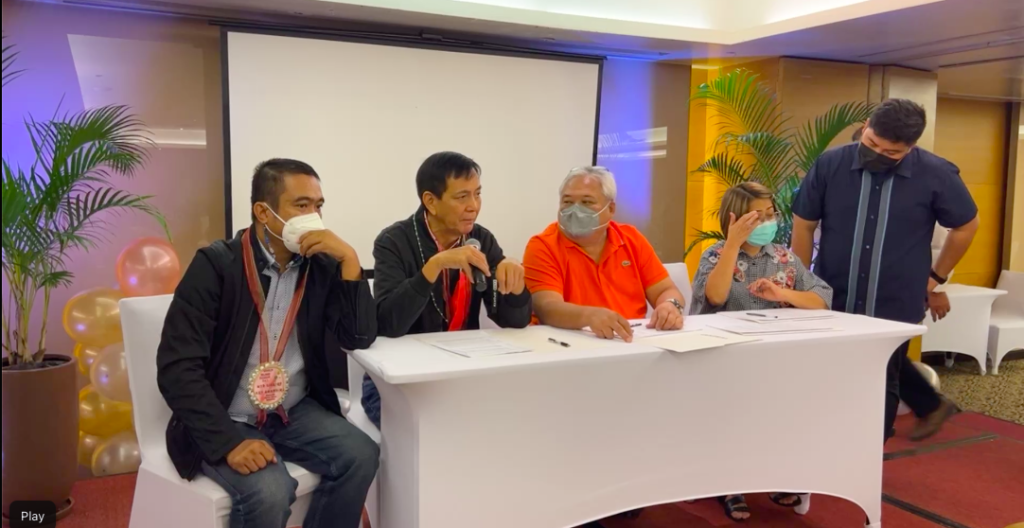 Cebu City Mayor Michael Rama led the MOA signing with officials of the Department of Health in Central Visayas for the conduct of barangay-based blood donation campaigns. | Screen grabbed from the live feed of the Cebu City PIO

This will involve 66 of the 80 barangays in Cebu City.

Under the MOA, the DOH-7 will provide technical assistance in the orientation of barangay personnel and in the testing, collection and storage of the blood.

Each of the participating barangay is responsible for pre-listing donors, as well as, preparing the venues for the blood donation drives that are targeted on a quarterly basis.

“The simple act of donating blood is a true act of heroism and patriotism, particularly during this dark time of the pandemic, when many of us are depending on blood transfusion to survive,” she said.

Dr. Jeffrey Ibones, head of  the Health Department (CHD), expressed his gratitude to DOH-7 for the support that it has been giving to the barangays.

As a result of their collaboration with DOH-7 and the barangays, Ibones reported an increase in the number of donors participating in blood donation drives that they conducted in the past three years.

He added that they hope to surpass last year’s collection this year. From January to June this year, they already collected 1,000 bags of blood.

Aside from the MOA signing, DOH-7 also recognize on Tuesday the different barangays that actively participated in their blood donation campaign. These are Barangays Sudlon I, Lorega San Miguel and Santa Cruz.

Seven barangays were also awarded for collection 100 units of donated blood from 2020 to 2021.  These are Barangays Talamban, Lahug, Inayawan, Cogon Pardo, Guadalupe, Bulacao, and Labangon.