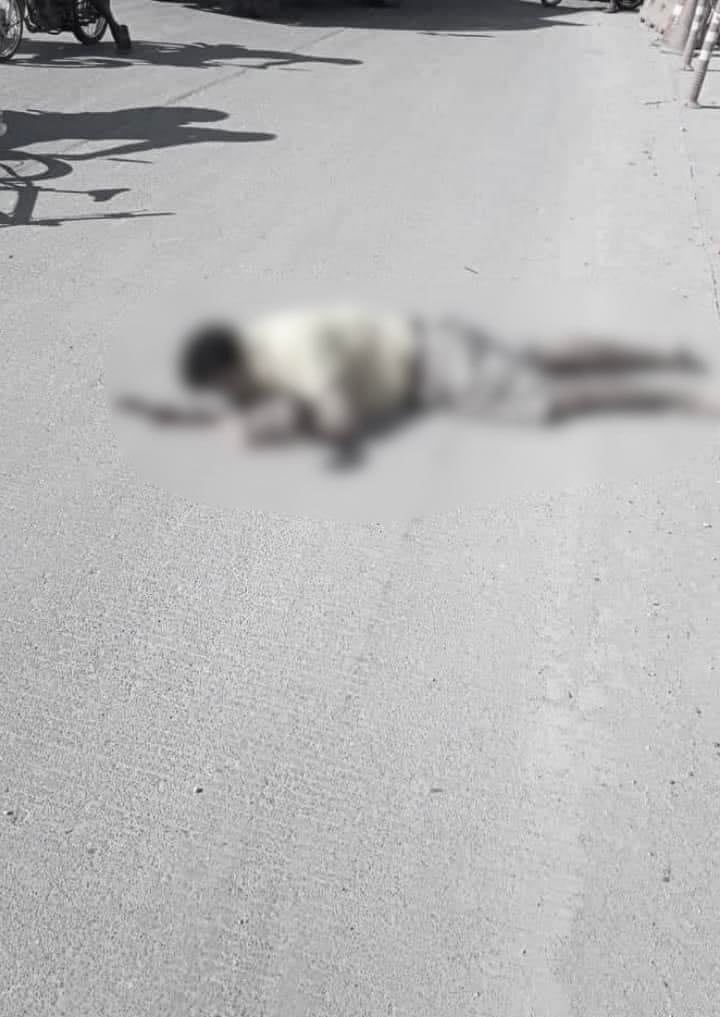 A bicycle rider, who was a victim of a hit-and-run incident in Carcar City, Cebu on Thursday morning, June 16, 2022, died.| contributed photo

CEBU CITY, Philippines — Police are still trying to look for footage from security cameras that can help them to identify the motorcycle rider involved in the June 16 “hit and run” incident, which caused the death of a cyclist in Carcar City.

Police Lieutenant Colonel Ardioleto Cabagnot, chief of Carcar City Police Station, said that they still continued to identify and locate the whereabouts of the rider involved in the fatal road accident in Barangay Poblacion, this city.

The police chief said there were three security cameras in the area but these were either not functioning [since typhoon Odette] or were facing the other way at the time of the accident.

Cabagnot said that they already raised this concern about the nonfunctional CCTVs to the city government in early January or February.

He said the local government then told them that they would act on it.

Due to this development, Cabagnot is calling on motorists who might have caught the incident in their dashboard camera or dashcam to help them identify the culprit in this fatal hit and run incident.

(We already have a description, initially, of what motorcycle and what he was wearing. What we can hope for would be that there was a motorist with a dashcam. For now, we have already reviewed three CCTV footage from establishments.)

However, the family of the victim said a witness had reached out to them.

But Cabagnot said they still had to talk with this witness.

Initial investigation showed that the victim was traversing the national highway, heading north from Barangay Poblacion 3 when the incident happened.

The motorcycle rider and the cyclist were on the same lane with the latter being in front of the former.

(The victim has just bought bread and heading to the highway. And then, a motorcycle rider, which has just made a U-turn heading to the city, perhaps, to work, was following the victim.)

The cyclist, who got sideswiped by the motorcycle rider, fell to the ground and injured his head badly.

He was rushed to the hospital for treatment but the victim’s family informed police that the victim had passed away at past noon that day.

Cabagnot said if the hit and run suspect would be identified and arrested, he would be facing a complaint of Reckless imprudence resulting to homicide.