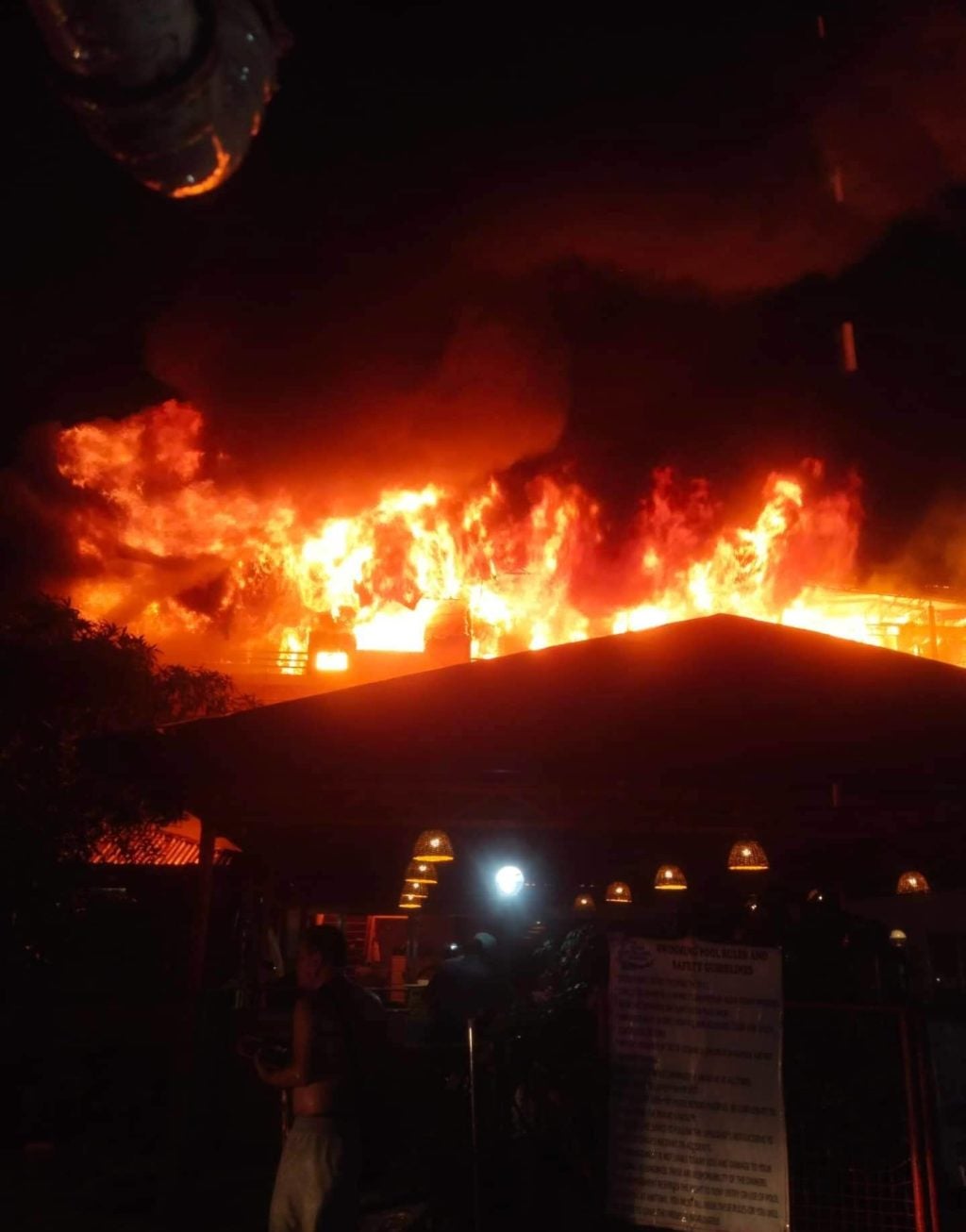 At least P11 million worth of properties were lost in a fire that hit a resort in Barangay Basak Pardo in Cebu City. | Photo courtesy of Cebu City Fire Office

CEBU CITY, Philippines –Fire investigators continue to look into the cause of the fie that badly damaged a resort that is located in Sitio Fatima, Barangay Basak Pardo in Cebu City.

The fire that affected Cebu Wetland Resort was reported shortly after midnight on Sunday, June 19, 2022.

Damage caused by the fire was pegged at P11 million.

Fire Officer 3 (FO3) Emerson Arceo of the Cebu City Fire Office said the fire was traced to have started in one of the rooms located on the third floor of the resort’s main building.

The resort has swimming pools and a three-storey building among others.

(The fire was reported to have started on the third floor, particularly room 308.  Investigation is still ongoing because of the extent of the damage that the fire caused.  We still could not say what actually caused it.  For this week, this was already the fourth or fifth fire [that was reported in the city].)

Arceo said the availability of wide access roads helped them respond to the fire alarm the soonest possible time, thus preventing the fire from spreading to nearby establishments.

Other structures located inside the resort’s compound, that is about 750 square meters big, were spared.

Arceo said they are also verifying reports that the resort, which opened recently, lacked necessary permits.

During their investigation, Arceo learned that the resort has already started to accommodate day users.