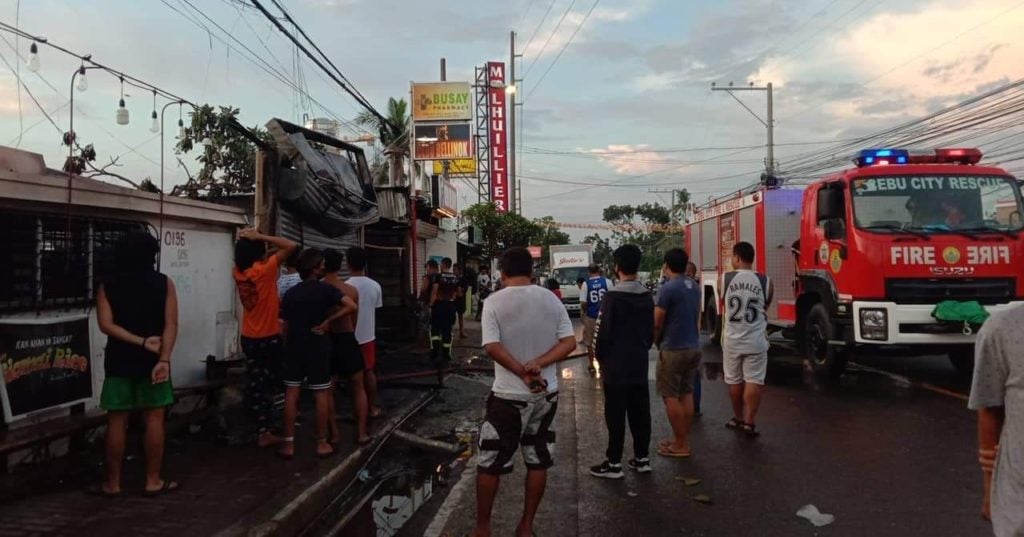 People gather around the area where a fire broke out in Barangay Busay, Cebu City on Friday morning, June 3, 2022.  | contributed photo via Paul Lauro

CEBU CITY, Philippines — An estimated P360,000 worth of property was damaged in a fire that hit a barbecue store and affected  two other establishments in Nivel Hills, Barangay Busay, Cebu City on Friday, June 3, 2022.

“With the data we gathered, the fire is said to have started in the barbecue store. There’s a possibility that it was due to the charcoal. There’s also another side that involves grudge but we have to deepen our investigation  first,” Arceo said.

Arceo said that no one was inside this 30-squaremeter area when the incident happened. This store, with two other stalls beside it,  is just in front of the owner’s house, Ricardo Andrino.

Arceo said that this was the second major fire that transpired in Cebu City in the first three days of June.

With this, Arceo reminds the public to keep on checking equipment used in their daily operations and comply with fire safety requirements.

“We also highly encourage establishments to be inspected. Comply with the fire safety certificate so we can ensure that our establishment is safe from fires,” he added.

Your subscription could not be saved. Please try again.
Your subscription has been successful.
Read Next
DOT launches ‘Keep the Fun Going’ sustainable tourism campaign with gamified challenges