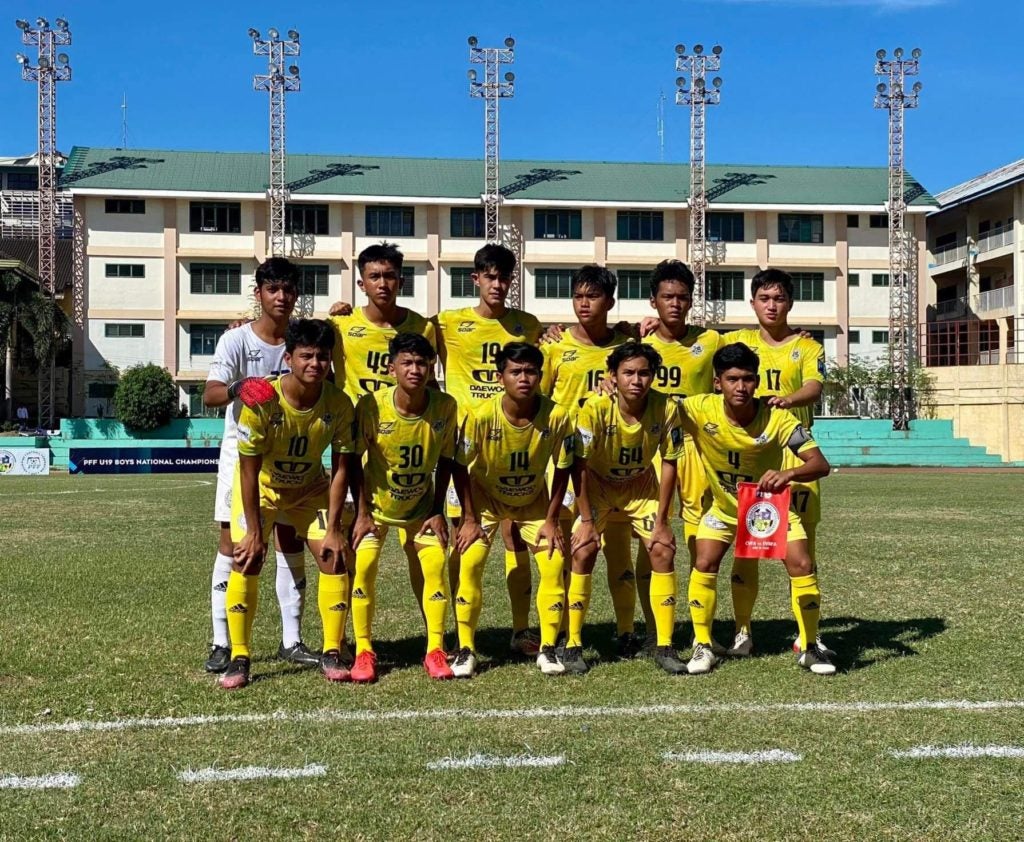 CVFA’s U-19 squad poses for a group photo after winning their first match versus EVRFA. | Photo from CVFA

The tournament, which features Group E of the ongoing national group stage series of the PFF, kicked off on Saturday with four competing teams.

The victory provided CVFA with three points as it joins Kaya FC-Iloilo on the winning side after the latter edged Negros Oriental-Siquijor Regional Football Association (NOSIRFA), 2-1, also on Saturday.

The tournament’s top team will qualify for the next round until they reach PFF’s U19 division 1 competition.

On Monday, CVFA faces NOSIRFA at 8a.m. while EVRFA takes on the Kaya FC Iloilo at 3 p.m.