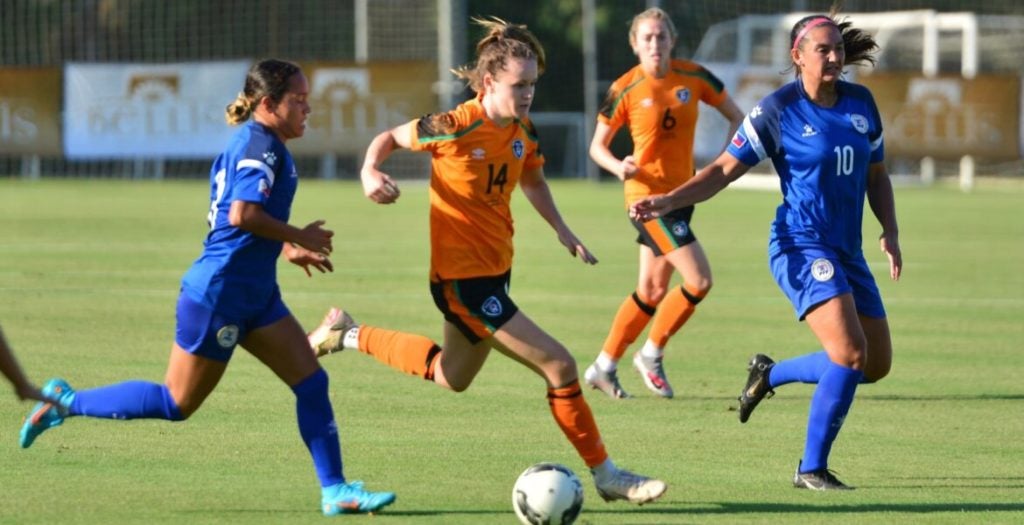 Players of the Philippine Women’s National Football Team play defense against the Republic of Ireland in a friendly match in Antalya, Turkey. | Photo from the PFF Website

Despite the defeat, the Filipinas gave the Irish a good fight throughout the match. The Filipinas had numerous good looks and opportunities, which unfortunately weren’t translated into goals.

Nonetheless, the Filipinas, who bagged a bronze medal in the recent 31st Southeast Asian Games in Vietnam, still has another opportunity to secure a win.

They are scheduled to face Bosnia and Herzegovina on June 23 before they return to Manila to wrap up their training camp for the AFF Women’s Championship 2022.

The Filipinas, who are ranked No. 53 in the latest FIFA women’s rankings, will be campaigning in Group A along with Indonesia, Malaysia, Singapore, Thailand, and Australia.