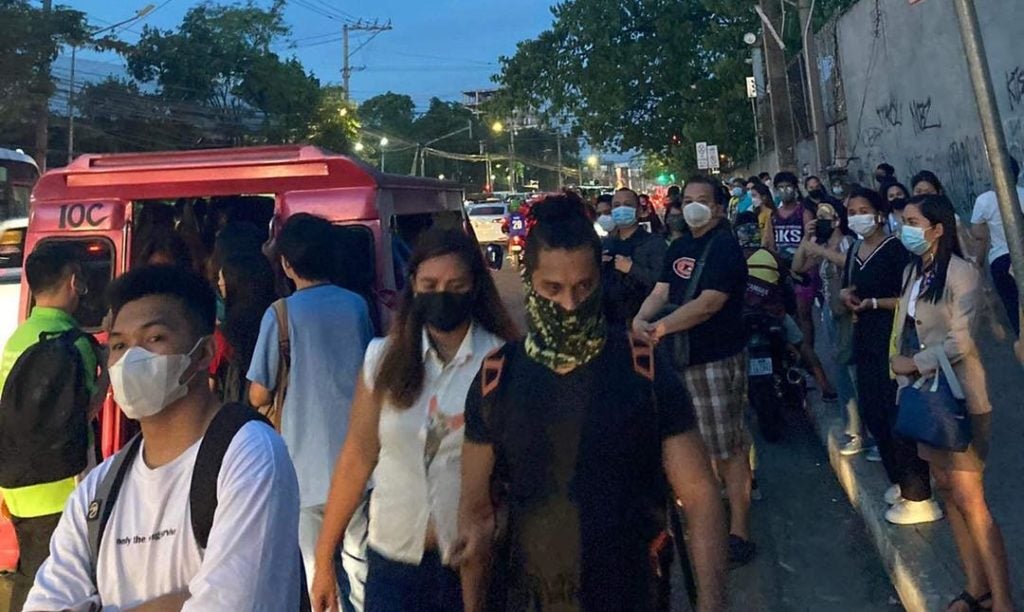 Situation at N. Bacalso Avenue on June 23, 2022 where a crowd of people await jeepneys and PUVs. | Wenilyn Sabalo

Cebu City Mayor Michael Rama said that he is aware of the transportation problems in the city including the struggles of the workers to find transportation during the rush hours.

On the afternoon of June 23, 2022, CDN Digital captured a crowding at the N. Bacalso Avenue around 6 p.m. with only a few jeepneys picking up passengers.

The jeepney drivers even refused passengers saying they were on the way to the garage to take a break from traversing the streets.

This caused crowds to gather while waiting for public transport to take them home.

To address this, Rama said he will be meeting with the bus liners if it would be possible for them to provide augmentation for transportation during the rush hour at night.

He said that it is understandable that with the global market situation now, the transportation sector has felt the most affected by the rising price of fuel.

The city government has initiated programs such as the gasoline discount card in partnership with major gasoline stations and the distribution of the Stimulus grant of P5,000 to the drivers to ease their burden.

However, the price of fuel has reached an all-time high of more than P90 per liter, causing a struggle for the public utility vehicle (PUV) sector.

Councilor James Cuenco, the City Council’s committee chairperson for transportation, told CDN Digital said that the solution to the problem would be for the city to subsidize transportation through a servicing contract.

Jeepneys especially modern jeepneys must be paid by the city government to traverse their routes and transport passengers.

“It’s not just concerning, it’s alarming. It has reached a level nga crisis mode na ta but we are doing everything we can to mitigate the situation,” said the councilor.

The councilor said he will be proposing the measure to Mayor Rama in the coming days so next week all of the necessary measures will be put in place.    /rcg