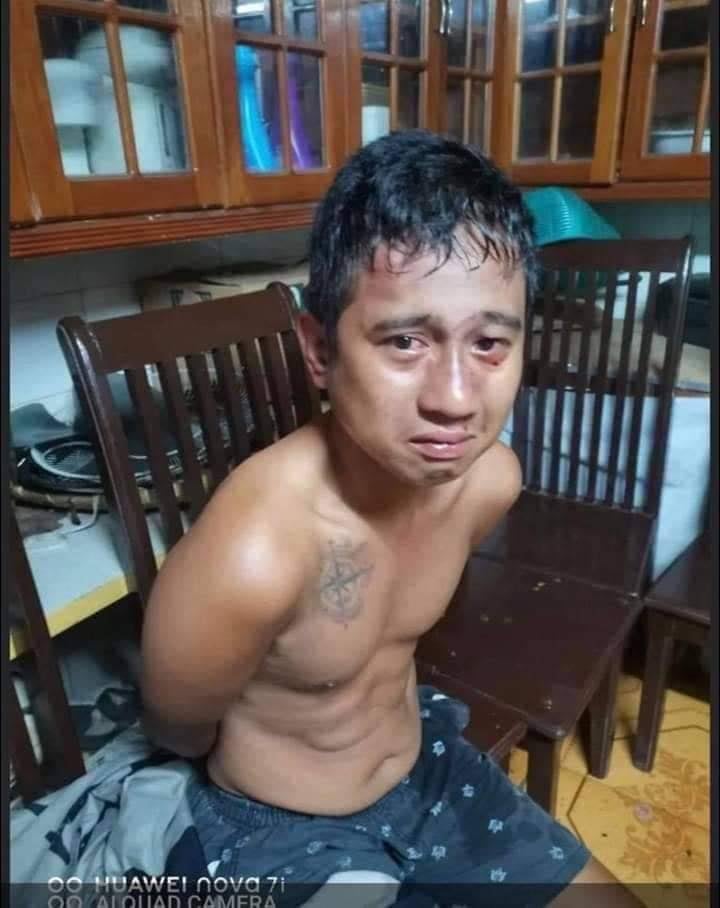 Police arrested the nephew, suspect of killing and injuring his aunt on July 26, in Talisay City after three days in hiding. | contributed photo via Paul Lauro

CEBU CITY, Philippines — Cases of robbery with homicide and frustrated murder were filed on Friday, July 1, 2022, against the suspect who robbed and stabbed to death his aunt and injured another last June 26, 2022, in Aloguinsan town, southwestern Cebu.

Nengasca fled and hid from authorities after he robbed and stabbed to death his aunt, Arsenia Alidani, and wounded another, Belen Biton, inside Alidani’s shop in San Juan Purok 3 in Barangay Bonbon, Aloguinsan town, last June 26.

The suspect was positively identified by Biton, who survived the attack, and a minor, who saw the suspect fleeing the area and armed with a pair of scissors, which was believed to have been the weapon the suspect used in stabbing the victims.

It can be recalled that Nengasca was arrested in Talisay City after police received a report of an armed person in Barangay Lagtang last June 29, 2022.

Nengasca, in an interview with the media, admitted that his gambling debt forced him to commit the crime.

He said that he went to his aunt’s store to borrow money after he lost P5,000 in a cockfight. He did not tell his aunt that he lost from gambling as he was afraid that his aunt would reprimand him. According to Nengasca, the incident happened after his aunt refused to lend him the money that he asked from her. This, he said, is supposed to be for his cockfighting bet.

Annoyed by his aunt’s refusal, Nengasca said this triggered him to stab his aunt using a pair of scissors.

Alidani sustained multiple stab wounds and died on the spot.

On the other hand, Biton is still recuperating from the wounds she sustained from the incident.

Nengasca is currently detained at the Aloguinsan Police Station and is scheduled for inquest proceeding on Friday, July 1, for cases on illegal possession of firearms and for possession of illegal drugs in Talisay City.