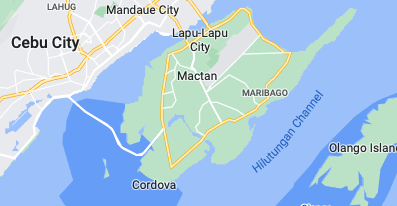 LAPU-LAPU CITY, Cebu—Lapu-Lapu City Mayor Junard “Ahong” Chan clarified that while he remains supportive of the dream of the late Secretary Adelino Sitoy in creating the Province of Mactan, this is not part of the mayor’s priority.

“While I remain supportive of the dream of the late Sec. Addy Sitoy in creating the Province of Mactan, l understand that the process entails a thorough study of the pros ang cons of such legislative measure,” Chan said in a statement.

“At this point in time when we are still reeling from the effects of the pandemic and Typhoon Odette, a creation of a separate province is not in our utmost priority but rather we must channel our focus to the rehabilitation of our city and the promotion of our tourism industry,” he added.

The issue was brought up after Chan mentioned that he would pursue the plan of creating the Province of Mactan during his term during a media forum on July 5, 2022.

During the said forum, Chan said he would  ask his wife, Congresswoman Cindi King-Chan, to lobby for the proposed creation of a separate province in Congress.

“Yes of course. Gustoon gyud na sa Lapu-Lapu no? Sa ako nang giingon it’s advantageous on the part of the city kung mahimo siyang province because we’ll have a separate budget for the province,” Chan said.

(Yes of course. Lapu-Lapu wouldlike that. Like what I said, it’s advantageous on the part of the city if Mactan becomes a province because we’ll have a separate budget for the province.)

Chan added that the creation of a separate province will also help in the implementation of projects in the city.

He stated that although they are just small in terms of area, Chan believes that they already meet all the requirements needed to become a separate province.

In his proposal, the town of Cordova will be part of the Province of Mactan. Olango Island would also become a separate town, while the mainland would be divided into two local government units (LGUs).

Converting Olango Island into a municipality would also help in the development of the island and would elevate the living condition of its constituents.

Chan said that if Mactan becomes a separate province, Lapu-Lapu can be like a little Singapore.

Read Next
Filipino boxer, Carcosia, to square off with Japanese foe, Mori, in Tokyo