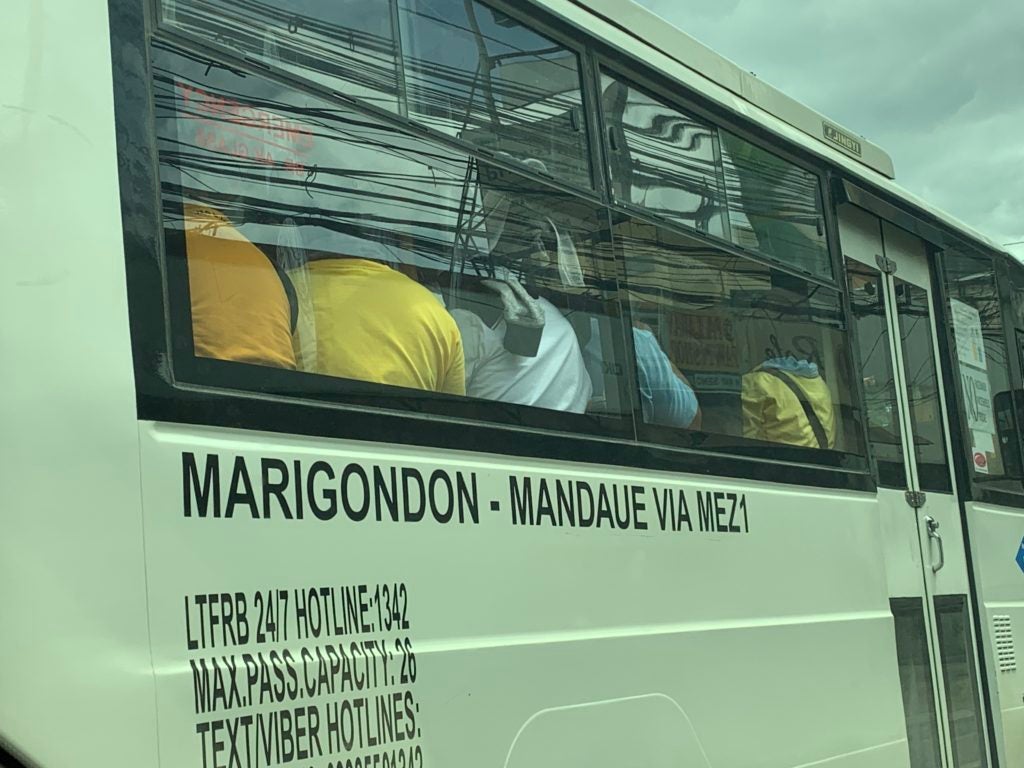 MANDAUE CITY, Cebu—The possibility of allowing a maximum of five standing passengers in modern public utility jeepneys (MPUJ) plying the intra-city routes of Mandaue during peak hours was discussed in a meeting on Wednesday, July 6, 2022 by the members of the Committee on Transportation and transport providers.

This and other issues were tackled during the meeting that aimed to address overloading of MPUVs and lack of MPUJs serving  the city’s routes.

Some transport providers admitted that there is a lack of MPUJ units plying the intra-city routes, which is why some tend to carry more than the allowed number of passengers, especially during peak hours.

But transport groups clarified that the standing of passengers was not in their guidelines and drivers are always reminded about it.

Since the number of units plying on those routes are still not sufficient, they asked the committee if they can allow a few standing passengers.

Committee on Transportation Chairman Councilor Jimmy Lumapas said that according to the Land Transportation Franchising and Regulatory Board in Central Visayas (LTFRB-7), five standing passengers can be allowed. But he clarified that there should be a resolution from the city council to allow that.

Lumapas said they will observe and get the opinions of the riding public first before drafting a resolution.

For his part, Edwin Jumao-as, executive director of the Traffic Enforcement Agency of Mandaue (TEAM), warned that they will be apprehending overloading MPUJs but in a case-to-case basis.

The fine for overloading in Mandaue City is P1,000.

Krizzy Hyll Retuya, Lumapas’ chief of staff, said the two of four transport providers that attended the meeting promised to comply with the required number of units per route, which is 15.

Read Next
This ‘happy’ funeral procession is making waves online