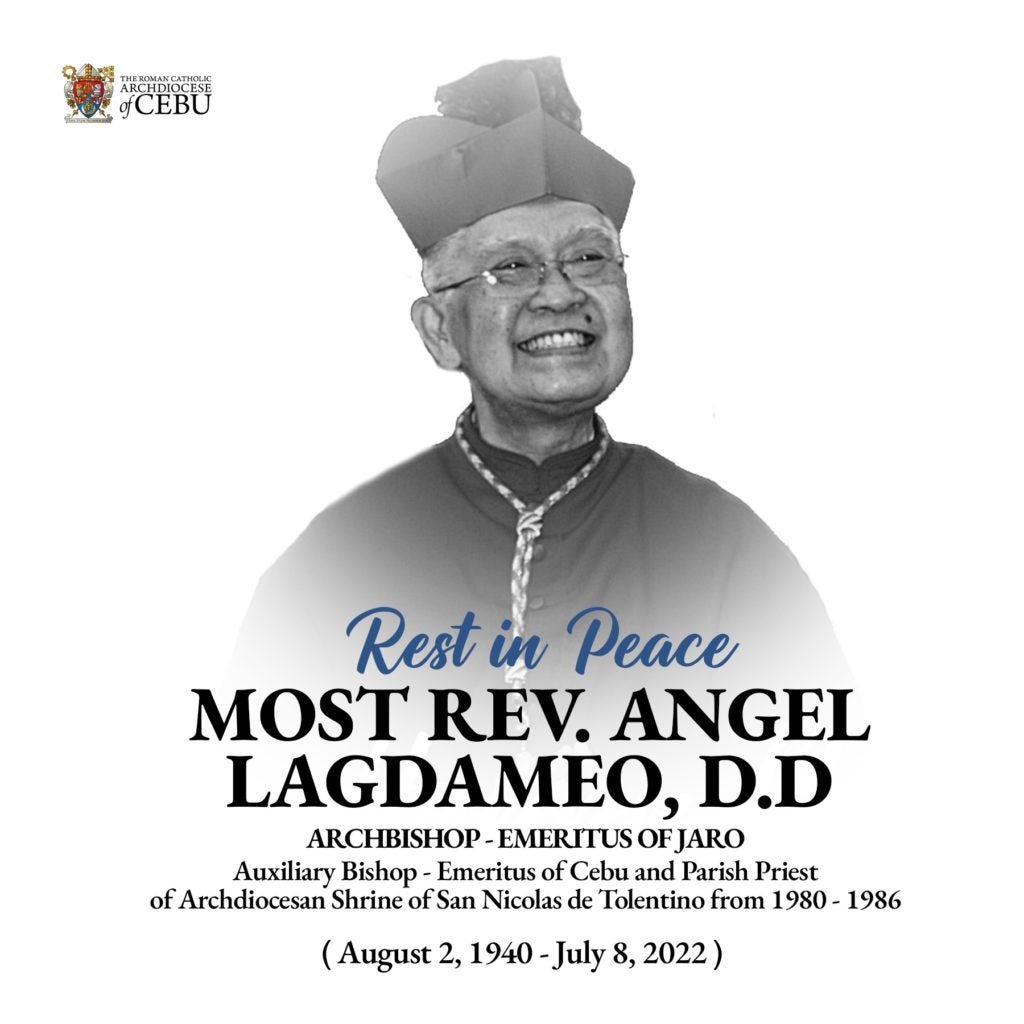 Lagdameo’s death was confirmed by the Archdiocese of Jaro in Iloilo City and the CBCP in a statement.

The Archdiocese of Cebu, in a social media post on Friday, also extended its condolences and sympathies to the people and clergy of the Archdiocese of Jaro on the death of Archbishop-Emeritus Lagdameo.

From December 2005 to December 2009, Lagdameo served as President of the CBCP. Prior to his election, he served as CBCP vice president for two four-year terms.

Lagdameo was also the former chairman of the Federation of Asian Bishops’ Conferences’ Office of Laity.

According to the CBCP, Lagdameo was also chairman of the Episcopal Commission on the Laity in the CBCP from 1990 to 2000.

Lagdameo was then appointed auxiliary bishop of Cebu in June 1980.

In January 1986, he was designated as co-adjutor bishop of Dumaguete and then he became bishop of the diocese in May 1989.