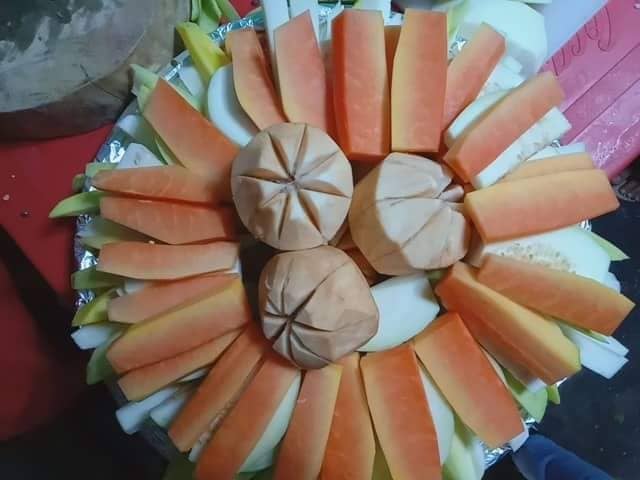 OLANGO ISLAND, Lapu-Lapu City, Cebu — The Philippines has been known for its delicious tropical fruits such as mangoes and pineapples among others.

However, in terms of street foods, the country’s most famous foods are usually fried and grilled meats and a few healthy ones.

The fruits sold on the streets are sliced and pack sprinkled with salt or vinegar sold at P10 each.

But in JandM Street Mango Stall along PC Suico St. in Barangay Tabok, Mandaue City, an incredible array of sliced fruits can be ordered with various sauces such as bagoong, kimchi, sweet soy, and salt and chili.

The store is making a buzz online for offering several choices of fruits and sauces that are sold in a plastic containers for small orders and bilaos for bulk orders. 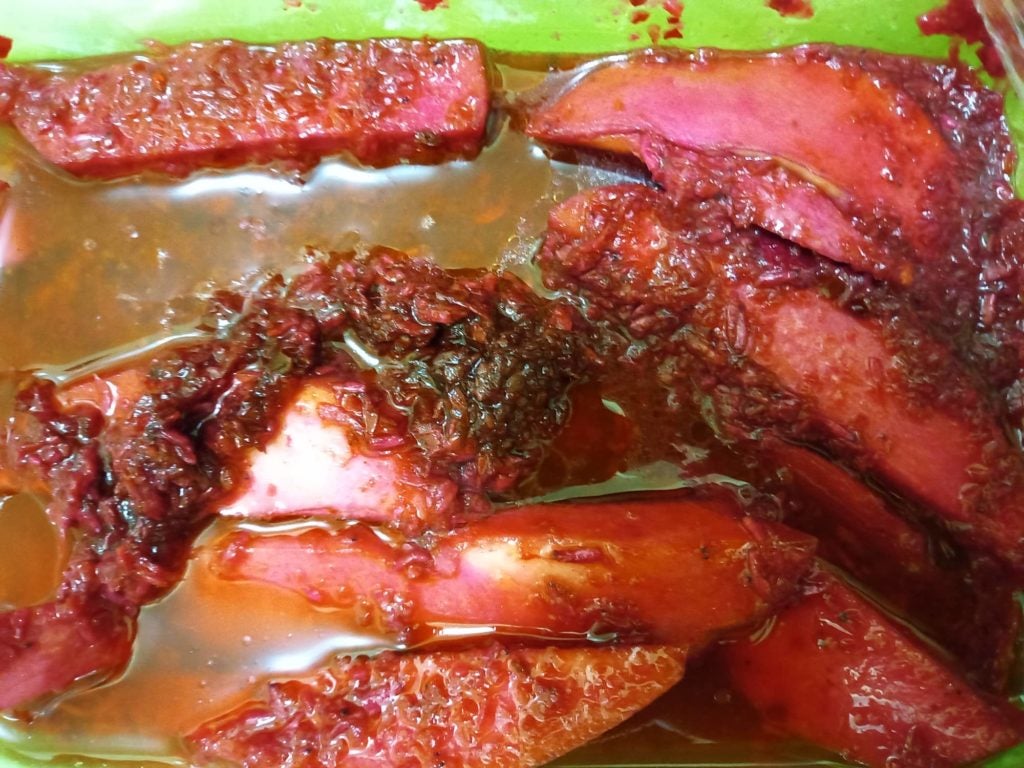 The fruits sold include different kinds of mango, santol or cottonfruit, guava, star fruit, papaya, and singkamas among others.

Store owners Jason Dela Torre and Mirraluna Sotis said that although customers could choose sauces, there were certain fruits that taste better if paired with a specific sauce. For example, green mango would fit to be dipped or mixed with bagoong (shrimp paste with salt) to add a bit of sweetness and spice to the sour mango while a star fruit is best mixed with their “Ala Kimchi” sauce that would give it a bit of spice and saltiness.

The couple started their business after they lost their jobs because of the pandemic. Torre was a former kitchen staff in a hotel while Sotis was a former waitress.

Sotis recalled that they were very worried at first because they did not have another source of income.

Torre said they decided to sell sliced fruits because there were no vendor selling at the area along P.C Suico St.

Torre said they started to sell a few kilos of mangoes paired with their chili salt. They decided to sell other fruits and sauces so that customers have several choices.

A few months have passed others asked for bulk orders that’s why they decided to offer in bilao. Prices range from P75 to P1,300.

(Actually, we have no idea that they have these (mixed fruits and various sauces) in Thailand, that the they (the public) has compared us with…Actually, these are just normal sauces, we just improved them because it is common here that the mango is dipped in salt with chili and vinegar.)

(At first, we only displayed it (like the other fruit vendors), we did not have a stall then.)

From 10 kilos of mangoes, they can now sell from 200 to 300 kilos in two to three days where they can earn P5,000 a day. They also already have three workers who are their cousins and a sibling.

Ginamos or hipon: Affordable appetizers for the Cebuanos