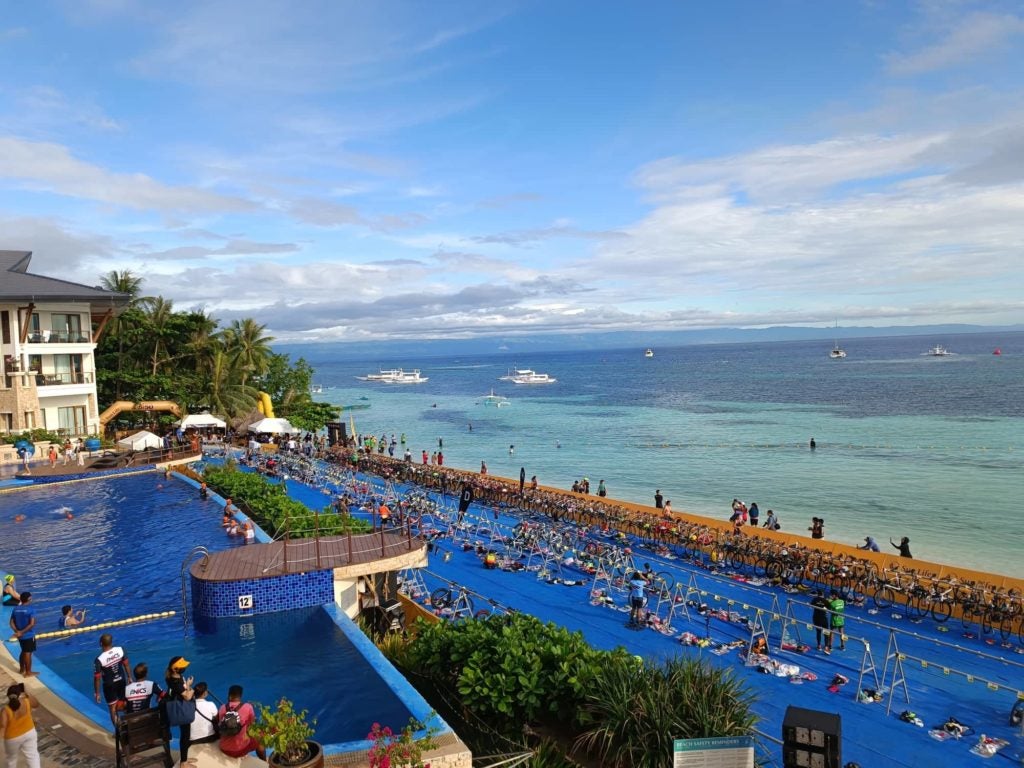 Competing triathletes brace for the start of last Sunday’s Sun Life 5150 & Go For Gold Sprint at the Bellevue Resort in Panglao, Bohol. | Photo by Glendale Rosal

CEBU CITY, Philippines — Triathlon is officially back and alive in the Visayas after the resounding success of last Sunday’s Sun Life 5150 & Go For Gold Sprint in Panglao Island, Bohol.

The race which featured over 600 triathletes from around 20 countries was successfully mounted amidst the COVID-19 pandemic.

For Sunrise Events Inc. (SEI) and Ironman Philippines general manager Princess Galura, it was a special race for them as they are aiming to kick start the vibrant sports scene in the country that was badly affected by the pandemic.

It was the first international triathlon race in Bohol since 2017 and the first time after the onset of the health pandemic.

Galura though admitted that some adjustments need to be implemented in future races due to the major changes in the organizing side under the new normal.

However, with everyone’s help from the LGU of Panglao Island and the government of the province of Bohol, they were able to pull off impressive twin triathlon races.

The race featured two new co-presenters in Sunlife and Go For Gold and offers a new and exciting triathlon competition that caters to both newbies and veterans including those who have seen action in the Ironman 70.3 Philippines.

the Go For Gold Sprint meanwhile, has half the distance of the 5150 race.

“I think for a starter, dito sa Bohol, bagong gobyerno nila, but they really did their best and we thank them for it. So, overall, it was a very good race. We will do better in the aspects that we think we can improve,” said Galura.