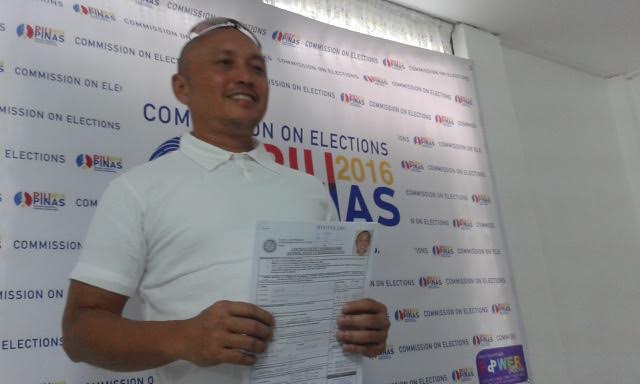 File Photo: Arnolfo “Arnie” Teves files his certificate of candidacy for congressman of the third district of Negros Oriental in the House of Representatives on Oct. 14, 2015. File photo / Maya Angelique Jajalla / Inquirer Visayas

MANILA, Philippines — A lawmaker is seeking to declare “ghosting” or the act of suddenly cutting contact with a person, usually a romantic partner, without explaining an “emotional offense.”

In filing House Bill No. 611, Negros Oriental Rep. Arnie Teves Jr. argued that ghosting in a dating relationship can be “mentally, physically, and emotionally exhausting to the ‘ghosted person.’” 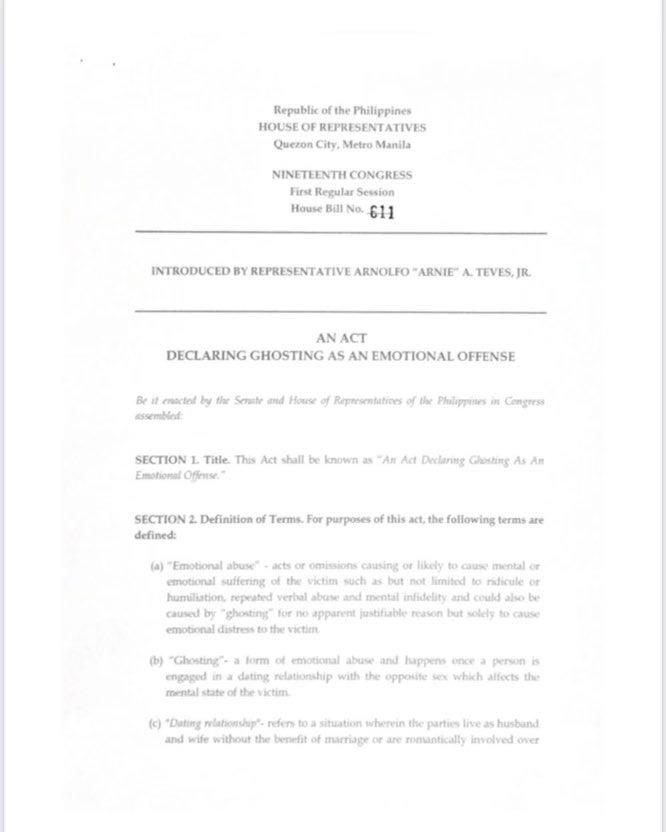 He said that ghosting has adverse effects on the mental state of the one being “ghosted,” and the effects continue as they try to grapple with unexplained reasons for the act.

Teves said ghosting can be “likened to a form of emotional cruelty” as it leaves the aggrieved with trauma due to “no real closure.” 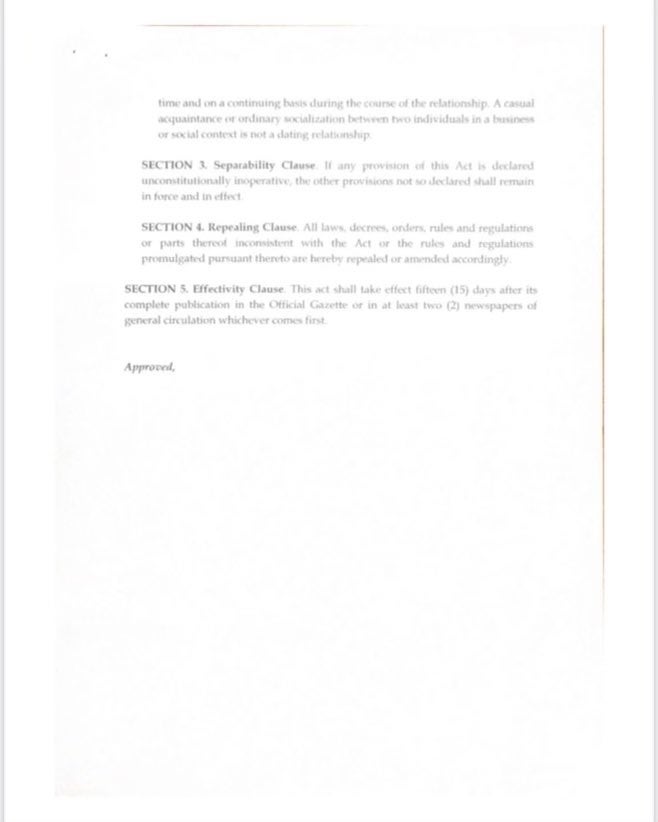 “The ambiguity with ghosting is that there is no real closure between parties concerned, and as such, it can be likened to a form of emotional cruelty and should be punished as an emotional offense because of the trauma it causes to the ‘ghosted,’” the explanatory note of the bill read.

Under the proposed measure, ghosting is loosely defined as a form of emotional abuse when a person is engaged in a dating relationship with the opposite sex, affecting the victim’s mental state.

While Teves proposed ghosting be declared an emotional offense, he did not provide any penalty for such an act.

The Negros Oriental representative is the same lawmaker pushing to rename the Ninoy Aquino International Airport after the late dictator Ferdinand Marcos Sr.

Word of the day, ‘Ghosting’

Signs for you to leave a relationship before you get ghosted!

Read Next
Tears for a broken history