Target completion date of Phase 4 may not be realized 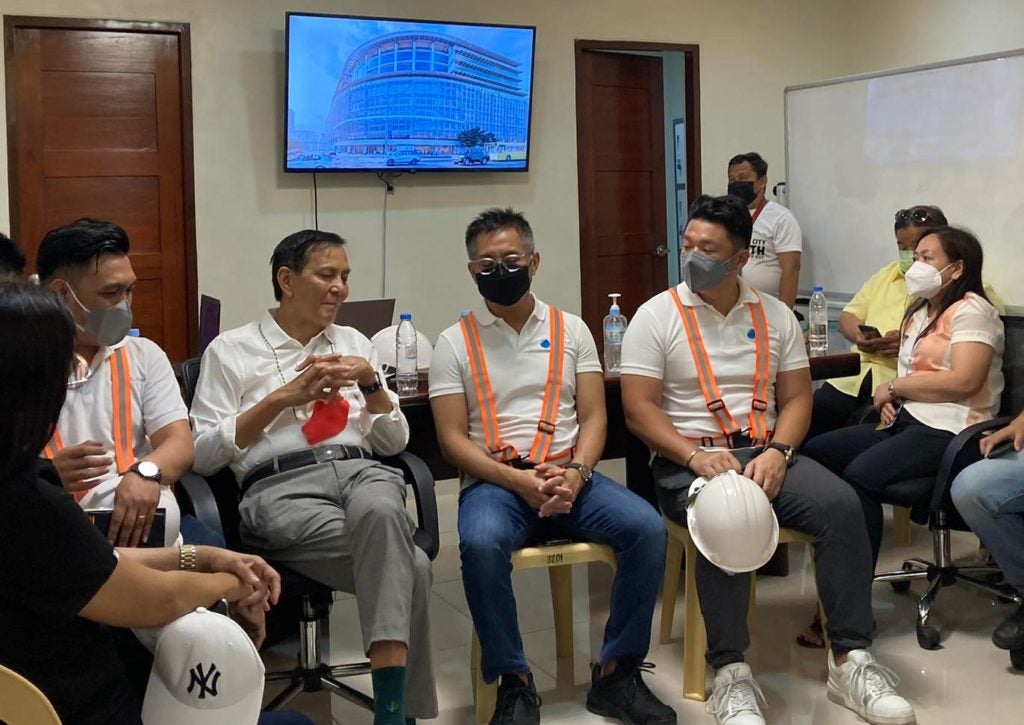 Cebu City Mayor Michael ‘Mike’ Rama (third from left) meets with representatives of the M.E. Sicat Construction, which is in charge for works on Phase Four of the Cebu City Medical Center, on Wednesday, July 27, 2022. CDN Digital photo | Wenilyn Sabalo

CEBU CITY, Philippines—The contractor in charge for construction of Phase 4 of the Cebu City Medical Center (CCMC) says it may not be able to  finish by October 28, 2022, the target date given by Cebu City Mayor Michael “Mike” Rama.

M.E Sicat Construction said during a meeting with Rama and some health officials of the CCMC on Wednesday, July 27, 2022, that they need a third party to conduct an engineering study on the structure as they suspect that there is a misalignment in the building’s foundation that was done by its previous contractors.

Because of this, they believe hitting the target date given by Rama may not be realized.  Phase Four undertaken by the M.E Sicat Construction includes the architectural works for the third and fourth floor and the structural works for the seventh to 10th floor.

“We’re planning and executing the third and fourth floor, all the architectural para magamit nato by October. Unfortunately kasi, when we were doing our engineering study, we realized that the columns are not in the right alignment and that is a really cause of concern for the safety rin naman po,” Michael Sicat said.

According to the M.E Sicat, the study, which will be conducted by a third party, will help ensure the integrity of the 10-story building.

He said they are prepared to present to the City government the study methodology by Thursday, July 28, 2022.

Earlier, Rama gave the contractor until October 28, which is his birthday, to finish construction of the hospital.

READ: Rama warns CCMC contractor to finish hospital before his birthday or else…

M.E Sicat said they can make the third and fourth floors of the CCMC building fully operational by October, especially that the materials needed for their architectural finishes are expected to arrive next week.

The third and fourth floor of the new CCMC building will house the operating room complex and the emergency room complex.

Dr. Mary Jean Loreche, who serves as the City consultant on health, emphasized that the completion of the third and fourth floors will be a huge help in the hospital’s operations.

“If you can deliver to us the third and fourth floor, we can proudly say that we have already achieved what we can in terms of the services that are needed because we can put inside the dialysis that is currently outside and at the same time maximize our intensive care unit,” she told the contractor.

Rama inspected the ongoing construction works on the CCMC on Wednesday and is set to conduct another ocular inspection, along with the City’s engineers, next week.

As of last July, only three floors of the new CCMC building is functional with the second and third floors only partially functional as the CCMC departments are gradually transferring their hospital equipment there.

Looking from the outside, it shows seven out of the 10 floors completed.

Last December 28, 2020, the first three floors of the new CCMC were partially opened to the general public. The Outpatient Department started accepting patients the day after.

In September 2021, the newly inaugurated CCMC was prepared ready for patient and employee occupancy.

In April 6, 2022, Rama signed on behalf of the Cebu City government the contract with M.E. Sicat for the construction of the Phase 4 of the CCMC structural building, which will complete the 10 floors and the interiors of the fourth and fifth floors.

The mayor’s inspection at the CCMC is among the activities he did after his two-week leave.

Earlier on Wednesday, Rama also attended the ground breaking ceremonies for an evacuation center in Barangay Cubacub, Mandaue City, which serves as the relocation site of some families from Barangay Kamagayan in Cebu City.