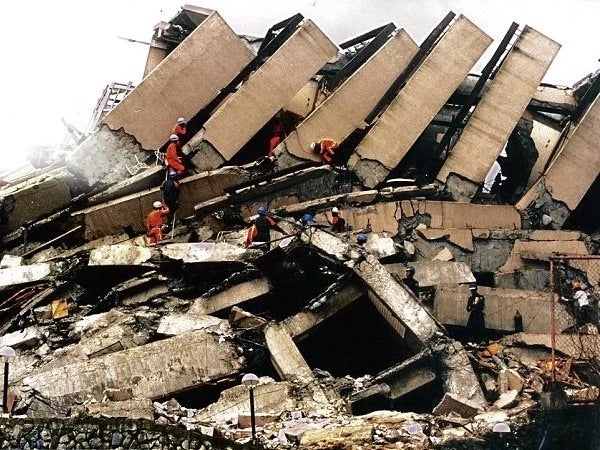 [This is a report published by INQUIRER.net in May 2011. We are reposting it as a reminder of the need for vigilance and preparedness in light of the 7.3 quake in Abra that was felt in other places on Wednesday (July 27, 2022).]

Metro Manila faces these and several other horrific scenes should a 7.2-magnitude earthquake hit the country’s most populous urban area, according to a report released by a multinational firm doing intelligence work for clients on business and security in the Philippines.

Pacific Strategies and Assessments (PSA) said in its report on Metro Manila’s quake vulnerability that while quakes were normal occurrences in the metropolis, the effects of a 7.2-magnitude tremor were likely to be made more terrifying by a lack of preparedness and failure to enforce zoning laws and building standards.

The report, “Metro Manila Earthquake Vulnerability Assessment,” was released in August 2010 shortly after a massive earthquake killed thousands in Haiti.

Pete Troilo, executive director of PSA, said that while the report had not been updated in the wake of the 8.9-magnitude quake that devastated northeastern Japan, “it still holds.”

The report pieced together data from a study prepared by the Japan International Cooperation Agency (JICA) and the Metropolitan Manila Development Authority (MMDA), and results of PSA’s own study on the impact of a massive earthquake on businesses and industries in Metro Manila.

At least 117,000 homes would either collapse or suffer heavy damage, rendering 1.2 million people homeless.
A fourth of public facilities—hospitals, schools, firehouses, and police stations —would suffer damage.
Damage to water reservoirs and purification plants would immediately cut 4,000 water supply points.
At least 30 kilometers of electric cables cut, removing the supply of power instantly across the metropolis.
At least 100 km of telecommunications cables cut, suspending services “for several weeks if not longer.”
Closure of airports, damage to major ports and cargo handling infrastructure.
Closure of roads and damage to nine bridges and a government not functioning because of damage to its offices and facilities.
“While earthquakes are a global and natural phenomena that can hit any city without warning, there are both openly declared and unspoken reasons why Metro Manila … is particularly vulnerable,” the PSA report said.

Poor building standards
“Despite international assistance programs that have gained considerable momentum over the course of the last several years, unreliable infrastructure system, poor building standards due to corruption in the construction and inspection process, informal settlements … in hazardous areas and a lack of government resources and coordination … are just some of the factors that plague the country’s disaster preparedness,” the PSA report said.

It said that should a 7.2-magnitude quake hit Metro Manila, the post-quake scenario “would more closely resemble Port au-Prince (capital of Haiti).”

“If this is true, one need only remember that six months after the Haitian earthquake, rubble and collapsed buildings still dominate the city landscape and most roads are still impassable,” the report said.

Based on PSA’s own findings, a staggering level of death and destruction was not remote in Metro Manila following a massive quake because of utter disregard for rules on building and construction.

The report doubted whether builders had considered that Metro Manila’s soil was mainly made of “quaternary alluvium [alluvial deposits of sand, gravel, silt, and clay], which is generally not suitable for construction of big infrastructure and buildings.”

Despite rapid urbanization and its decay, “the national government has failed to adopt a comprehensive land use plan for Metro Manila,” the report said.

Weak enforcement
“The lack of coordination and checks and balance mechanisms between local and national agencies have likewise weakened the enforcement of building standards with many residential and commercial buildings built on hazard-prone areas, using substandard construction materials,” it said.

Quoting the JICA-MMDA 2004 report, which was kept from the public until 2008, the PSA report said that in case of a 7.2-magnitude quake, Metro Manila “could be separated into four regions … due to the collapse of buildings, destruction of elevated highways and bridges, impassable roads and fire.”

“The Pasig River exacerbates the potential of … separation in the event of an earthquake,” it said. “For example, earthquake analysts contend that if the Guadalupe Bridge across the Pasig River and along EDSA collapses or suffers significant structural damage, the Ortigas Center area would be virtually shut off from the areas south, including Makati City,” it said.

The report said casualties were likely caused “first and most directly by building collapse and spreading fires.”

“Inadequate fire-fighting capabilities and the probable loss of water in many areas of the city would diminish many of the efforts to combat shanty town fires,” it said.

Even without a massive earthquake, the report said: “approximately 70 percent of fire hydrants in Metro Manila reportedly have no water.”

Lack of open spaces
Operations to evacuate thousands would be hampered by the sheer lack of open spaces in the metropolis, according to the report, because open spaces like parks, schools, sports arenas and burial grounds “now comprise less than 1 percent of total land areas of cities in Metro Manila.”

“With a daytime population of more than 14 million, existing rescue and relief facilities of local governments across Metro Manila will simply be overwhelmed,” the report said.

“Lack of hospitals, fire trucks and logistics are likely to hinder rescue and relief operations. The number of medical personnel, hospital facilities and ambulances … is likewise insufficient to treat thousands of earthquake victims,” it said.