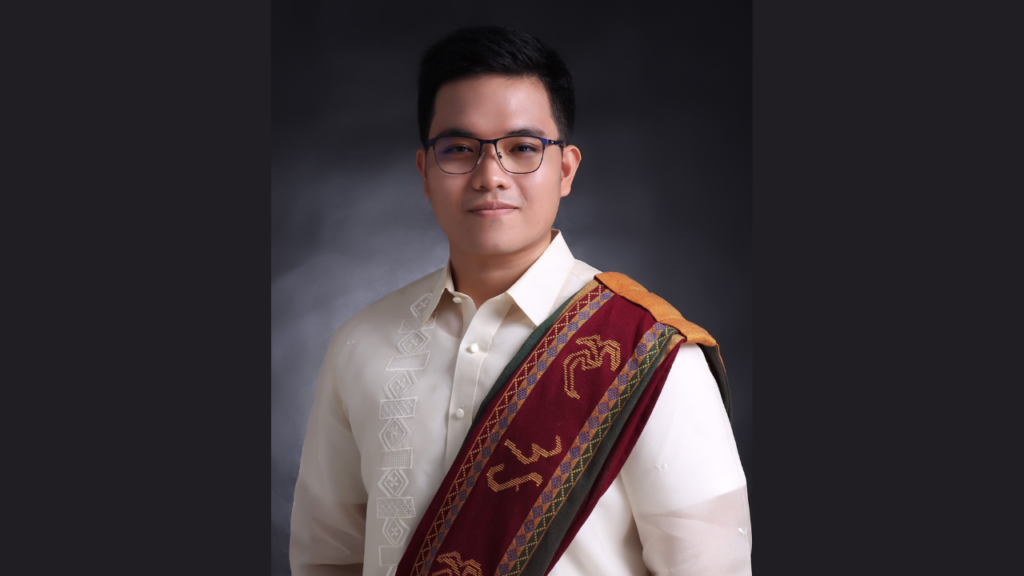 CEBU CITY, Philippines – He had to ask for reconsideration to be admitted to the country’s top university. He also had to cope with drastic changes driven by the COVID-19 crisis.

The Bachelor of Science (BS) in Mathematics degree holder marched on the grounds of the University of the Philippines Cebu (UP Cebu) on July 29, 2022 with the highest of high honors.

For college students around the country who aspire to graduate with flying colors, Paolo’s story is proof that they can achieve success even with all the challenges and uncertainties.

Paolo loved mathematics since he was still a high school student.

When he entered college, the now 22-year-old fresh graduate found his calling, and that is to help others understand math. Thus, he began charting his journey to becoming a mathematics professor.

Paolo’s family is based in Parañaque City in Metro Manila and lives modestly. His father, Edward Santos, works as a bank employee and serves as their breadwinner, while his mother tends to his two younger siblings.

Fondly called JP by his family and closest friends, Paolo had his sights set on UP, the nation’s top university.

He even secured a scholarship from the Department of Science and Technology (DOST) to fund his tertiary education.

However, Paolo was unable to pass the university’s admissions exams, called the UP College Admission Test or UPCAT, for the campus he applied – UP Diliman, the flagship campus in Quezon City.

But giving up was not an option for Paolo. He applied for a reconsideration, which led him to UP Cebu.

“Out of the four campuses in UP with BS Mathematics, the only one that accepted me was the farthest one. It was UP Cebu,” Paolo said in Tagalog in an interview with CDN Digital.

Adjusting to a new environment was difficult but the pros definitely outweighed the cons, said Paulo.

“In my first year in UP Cebu, I already grew fond of the campus environment. Indeed, adjusting is difficult but I thought hard and asked myself that if I were to transfer to another UP campus, I’ll have to adjust again,” he explained.

Paolo, however, did not know that he would also be dealing with a lot of adjustments even if he decided to stay in UP Cebu.

When COVID-19 became a public health crisis, UP Cebu, like the rest of the country’s learning institutions, had to rapidly adjust and implement new learning modes to continue to facilitate education.

“When our face-to-face classes were suspended, and we all had to do adjust and adapt with online classes, it made me realize that there’s more to college and graduating with Latin Honors,” he said.

While admitting that a departure from in-person interactions inside classrooms was saddening, Paolo learned how valuable discipline and time management can be, even for college students.

“I have been relying on motivation before. But when we shifted to online classes, I realized it’s really difficult to ignite motivation. It only sparks at the beginning but eventually, fades away,” described Paolo.

He added that students doing online classes and other distant learning arrangements can have more control over their time, which helped him strike a balance between his academics and health.

“Back then, most of my time was spent on acads. I barely get enough sleep. Now that I have more control over my time, you can practice balancing your academics and health,” Paolo pointed out.

COVID-19 also led Paolo to focus more on helping others understand the wonders of mathematics, especially those who struggle in juggling between numbers and complicated equations.

“Even back in my Junior High School days, I find fulfillment and happiness in helping others. This is also why I hoped in becoming a Mathematics professor someday,” said Paolo.

He may have changed his priorities during his last two years in college but Paolo’s hard work, perseverance, and determination eventually paid off.

‘Serve the country and its people’

“At that time, I was at home. I can’t help but be really happy and even happier when I shared it with the rest of my family, and see them celebrate my achievements. And I also thanked the Lord for everything,” said Paolo.

When he stood and took the podium during UP Cebu’s graduation rites last July 29, Paolo shared his entire college experience.

And in true UP fashion, he reminded his fellow graduates to always ‘serve the country and its people.’