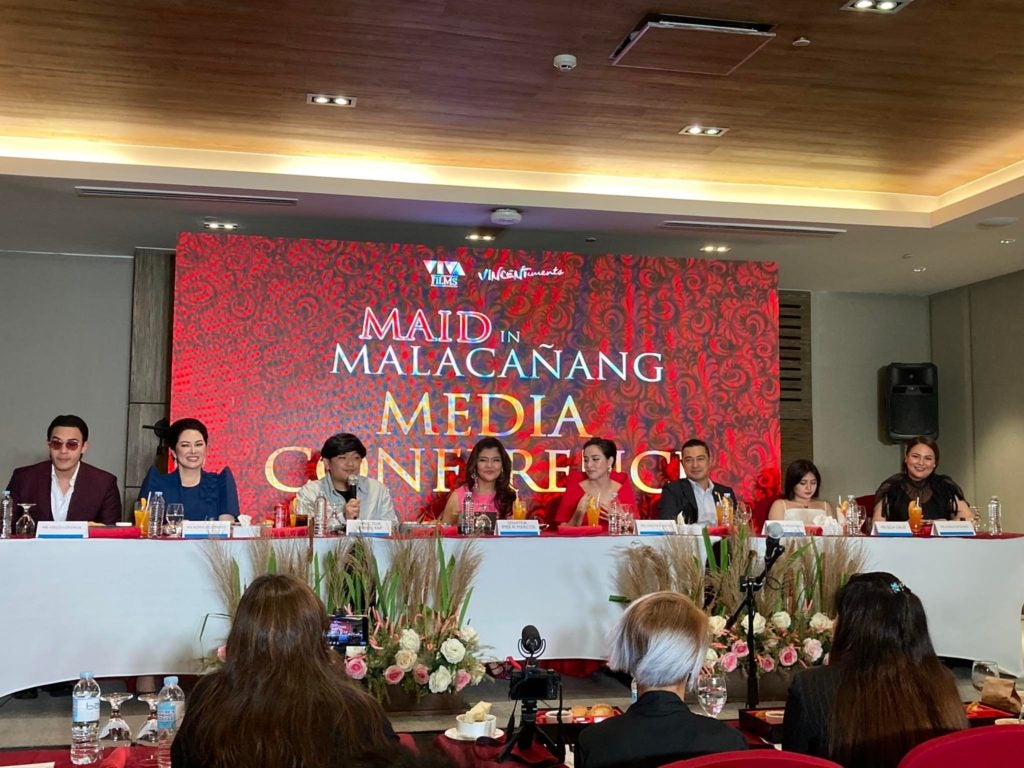 This was how Darryl Yap, the writer and director of the “Maid in Malacaang,” responded to calls for a boycott of the controversial movie, which is currently playing in theaters nationwide.

Yap said during a press conference that was held in a hotel in Mandaue City, shortly before the scheduled premier show of the film in a mall in Cebu City Saturday night, August 6, that  he “cannot apologize for the hurt that was taken voluntarily.”

He was referring to the statement released by the Carmelite nuns after they felt alluded to in a scene in the film, which retold events from the last 72 hours that members of the Marcos family’ spent before they were forced to leave the Malacañang Palace.

The Carmelite nuns reacted after screenshots from the movie showing actress Giselle Santos playing a cameo role, that of the late president Cory Aquino, playing mahjong with three nuns.

Aquino sought refuge in their convent in the early stages of the 1986 Edsa People Power Revolution in Manila.

Sister Mary Melanie Costillas, prioress of the Carmelite Monastery, said: “Depicting the nuns as playing mahjong with Cory Aquino is malicious. It would suggest that while the fate of the country was in peril, we could afford to leisurely play games.”

San Carlos Bishop Gerardo Alminaza, who called for a boycott of the film, described it as “shameless.”  He also asked the makers of the film to issue an apology.

“The producer, scriptwriter, director and those promoting this movie should publicly apologize to the Carmelite nuns, to President Cory Aquino’s family and to the Filipino people,” the bishop said in a report published by the Catholic Bishops Conference of the Philippines website. 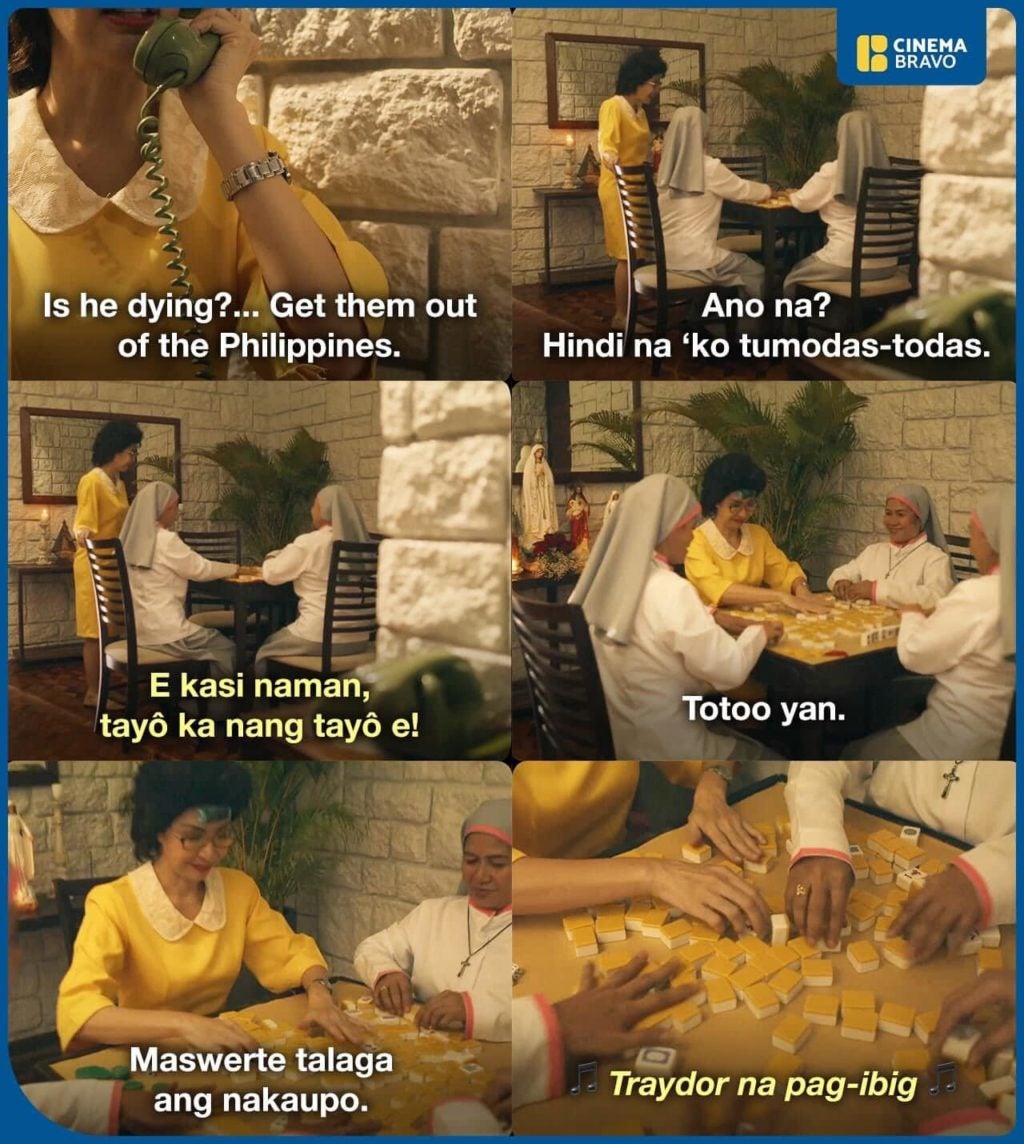 But Yap insisted that he has done nothing wrong.

“With the people naman who’s asking to boycott (the movie), and sorry, for them that are waiting for me to apologize to them. I’m sorry, but I cannot apologize to them for the hurt that was taken voluntarily,” he said.

Yap, together with Senator Imee Marcos, the film’s creative consultant and producer, and its main casts, including Christine Reyes, Cesar Montano, Ruffa Gutierrez, Diego Loyzaga and Ella Cruz, were in Cebu on Saturday to attend a press conference and the local premier show of the film here.

Anne Nelson itinama si Darryl Yap: There is nothing in it that says the nuns played mah-jongg with Cory Aquino