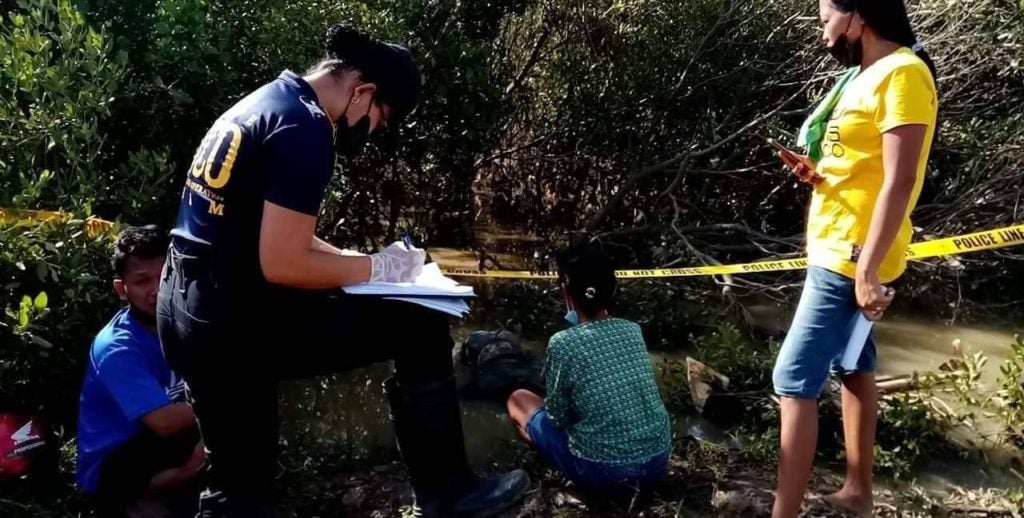 A 23-year-old man was found dead on Tuesday, August 9 in Barangay Paknaan, three days after he was last seen in Barangay Casuntingan, Mandaue City .| Paul Lauro

Jumao-as was found dead in a prone position near a mangroves swamp in Zone Ahos, Barangay Paknaan in Mandaue City, or at least 4 to 5 kilometers away from Barangay Casuntingan, by a scavenger who went to the area early Tuesday.

Police Lieutenant Colonel Franc Oriol, deputy director for operations of Mandaue City Police Office (MCPO), said that they will still subject the victim’s body to an autopsy to find out what caused his death.

Quoting outcome of their investigation, Oriol said that on Saturday, August 6, the victim left his house to go to a friend’s house in a neighboring sitio in Barangay Casuntingan.

Oriol said that the victim was reported missing at the police station on Monday afternoon, August 8, 2022 or two days after he was last seen on Saturday, August 6.

He added that the missing person incident was only relayed to them by the personnel of the city’s Disaster Risk Reduction Management Office. From then on, police immediately conducted investigation.

Police have reason to believe the victim fell into a creek while on his way home.

(The victim came from his friend’s house for a drinking session. On his way home, he had to cross a creek. We have information from the CDRRMO that on his way home, the victim fell into the creek.)

Police could not tell if the victim was carried away by an onrushing waters to where he was found.

(The water of the creek wasn’t that high at that time. The weather wasn’t also bad that night. He may have just fell into the creek.)

Police said that the family thought that the victim stayed in his neighbor’s house and waited for the next morning to go home.

Meanwhile, the friend also thought that the victim was able to go home that night.

Oriol said that perhaps, this was the reason why both parties reported the incident late.