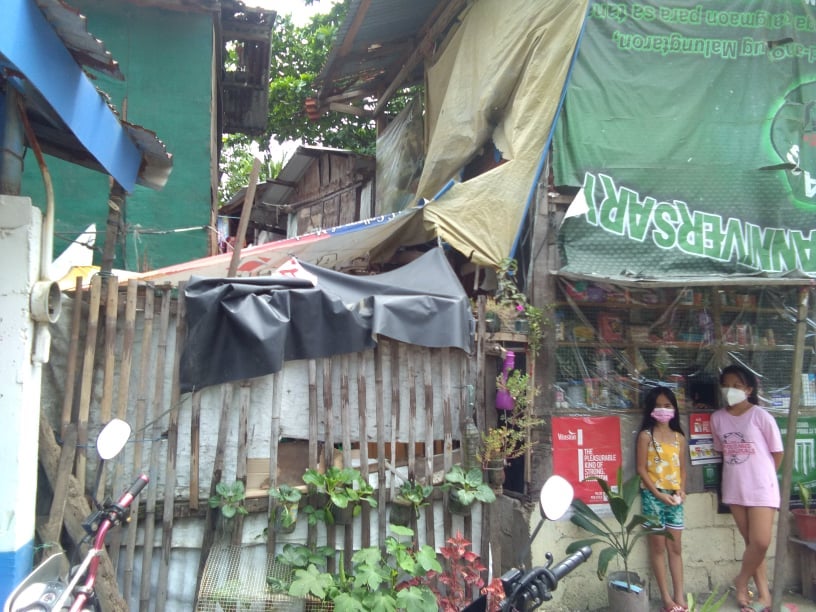 Residents in houses that encroached on the 3-meter easement zone of Tipolo Creek will have to vacate the area for a flood control project. CDN Digital photo | Mary Rose Sagarino

Mandaue City Mayor Jonas Cortes said that he will be talking to Atty. Johnbee Biton, the acting officer in charge of the city’s Housing Urban and Development Office, on how many informal settlers near the Tipolo creek need to be relocated or be given assistance.

The Department of Public Works and Highways on Tuesday, October 27, 2021, turned over a P20.6 million check to the city for the project implementation of the Metro Cebu flood control project and drainage improvement.

Part of it will be spent to relocate informal settlers near the Tipolo Creek to proceed with the river widening project, among others.

Cortes said that the city has started clearing obstructions and informal settlers living near the city’s rivers in Barangays Centro, Guizo, Mantuyong, and now in Barangay Tipolo.

Cortes said that if the Tipolo Creek will be cleared it would also help solve the flood problem in LH Prime along A.S Fortuna St. in Barangay Banilad.

The construction of the wider drainage system of the other portion of Lopez Jaena St. in Barangay Tipolo is also ongoing.

The other side was completed earlier by the DPWH.

Read Next
Carbon Interim market to open on mid-November