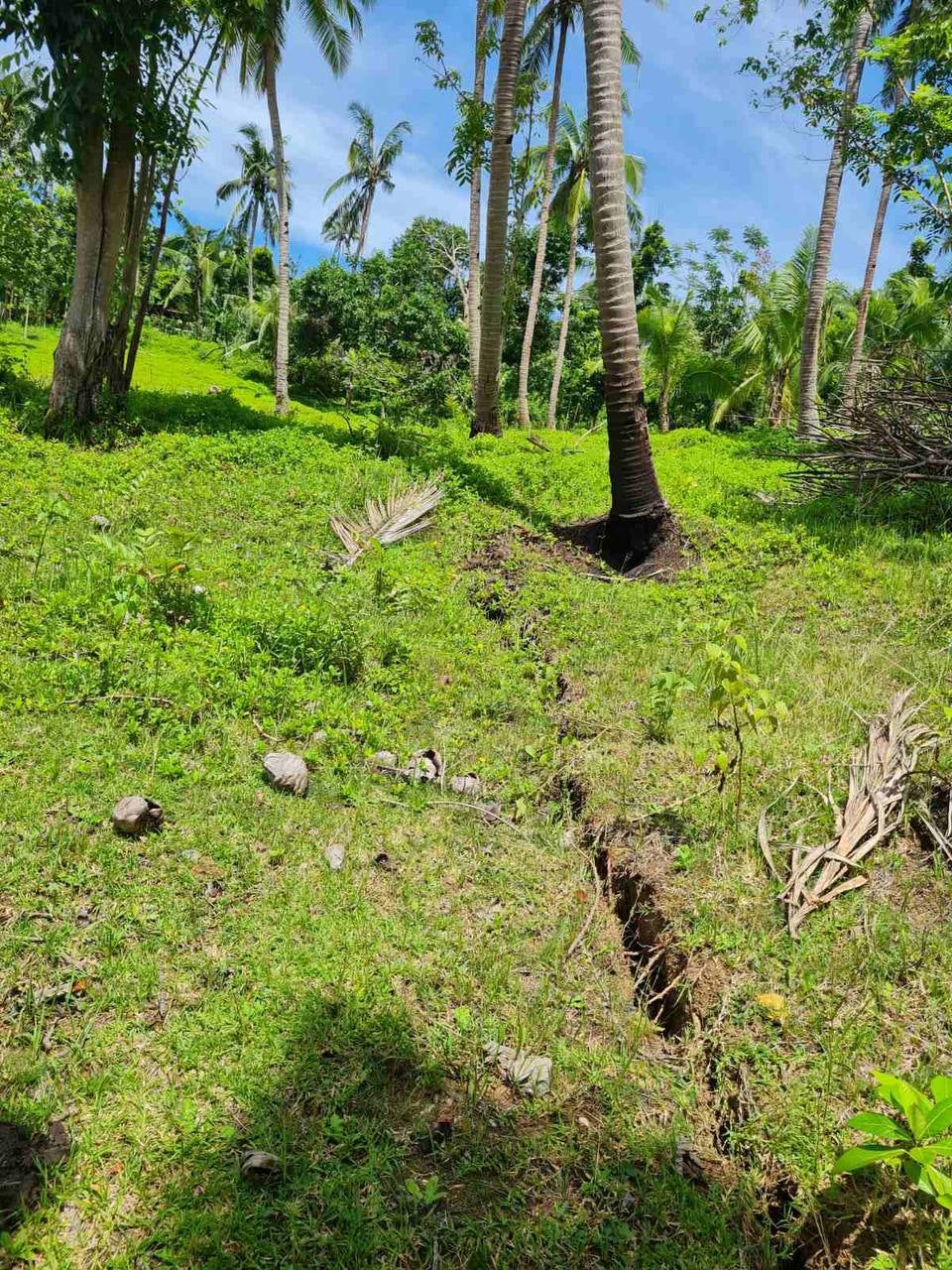 Cracks photographed in areas near the damaged portion of the Toledo-Pinamungajan-Aloguinsan-Mantalongon Road in Brgy. Malolos, Barili in southwest Cebu. | Photo from DPWH-Cebu 3rd District Engineering Office

Citing findings from the 3rd District Engineering Office of the Department of Public Works and Highways (DPWH) in Cebu, Garcia expressed alarm over cracks visibly seen in areas near the damaged Toledo-Pinamungajan-Aloguinsan-Mantalongon Road in Brgy. Malolos.

In turn, Garcia requested the Mines and Geosciences Bureau in Central Visayas (MGB-7) to inspect and assess the soil condition there.

“(I am) asking the Mines and Geosciences Bureau 7 to evaluate the soil in the area. The cracks are clearly visible even in grassy areas,” Garcia wrote in a statement.

The lawmaker also hoped the MGB-7 would coordinate with engineers from DPWH so they can come up with means of ‘building back better’.

As of Tuesday, August 9, only one lane of the Toledo-Pinamungajan-Aloguinsan-Mantalongon Road in Brgy. Malolos, Barili is passable after portions of it collapsed. The incident reportedly happened on Tuesday at midnight.

Fortunately, no one was injured.

Local officials believed that the soil beneath the road eroded due to the non-stop, heavy rains Barili, and most parts of Cebu, experienced in the past few days.

Read Next
PDEA-7: No revoked drug-cleared status among barangays in Central Visayas